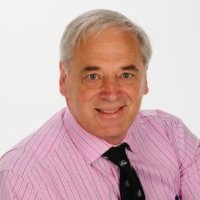 The IBIA guidelines have been developed in direct response to the introduction of the Singapore Mass Flow Meter (MFM) Technical Reference or TR 48:2015 which was launched on 16 February 2016, in support of the mandatory use of MFM systems for all marine fuel oil (MFO) deliveries in Singapore with effect from 1 January 2017.

The Marine and Port Authority of Singapore (MPA) requires all bunker suppliers, bunker craft operators and bunker surveyors to comply with the requirements and procedures of TR 48:2015 as of 1 June 2016 when using bunker tankers where MFM systems are already installed.

The new MFM requirements will increase the overall efficiency of the bunker fuel delivery process, while improving the port bunkering capacity and port efficiency, increasing productivity and reducing administrative processes. Singapore has implemented the changes now but ports around the world will follow.

The transition will be challenging, which is why IBIA has developed the SOP for bunker surveyors, to support the new regulatory requirements and to standardise practice for bunker delivery by mass flow meter to vessel.

Peter Hall, CEO IBIA says: ‘The development and adoption of SOP for surveyors will go a long way towards building trust in the market and underlines IBIA’s commitment to education and professional best practice. The draft document was presented at the MPA Singapore Bunker Forum on 22nd April 2016. This is the very first time such guidelines have been developed for surveyors and the feedback is positive. We hope to push this forward quickly as it really will add significant value and improve working practices across the industry’.

The IBIA guidelines have been drafted with the practical input of several international bunker surveying companies, and are now open to broader consultation, with the intention that the SOPs will be promoted and adopted as operational best practice across the industry.

IBIA is inviting its members to get involved in the wider consultation process by contacting IBIA in Asia’s Regional Manager Simon Neo on regionalmanagerasia@ibia.net.

The standard operating procedures and the requirements will not supersede any agreement or guidelines contained in any contract, or applicable recommended practices of regulatory or standard bodies, they will not conflict with safety and environmental considerations or local conditions, they are simply to develop and promote industry best practice.

IBIA intends to launch and share the final approved SOP with the industry by June 2016.