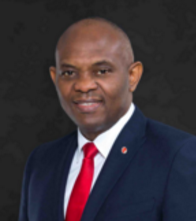 The Business Council for Africa is delighted to be hosting Tony Elumelu at the Rothschild: Sky Pavillion to give this year’s Kaye Whiteman Memorial lecture, an entrepreneur and founder of the Tony Elumelu Foundation, established in 2010 to catalyse economic and social development in Africa through entrepreneurship.

The lecture will be an opportunity to hear from a leading authority on the important role the private sector have to unlocking Africa’s economic potential. Africa is currently facing significant challenges due to the commodities crisis and numerous political elections resulting in a slowdown in economic growth and a rising unemployment rate. It has been reported that fifteen million new job seekers enter the African market annually; however the majority will still be trapped in unemployment. The Tony Elumelu Foundation aim to combat these issues through the Tony Elumelu Entrepreneurship Programme which empowers entrepreneurs and promotes thought leadership to strengthen Africa’s economic future.

Diana’s takes dely of panamax “Maera” and signs a US$ 13, 51 mio loan facility with IBC