A strong commitment to furthering top-flight expertise among marine insurance claims professionals has maintained the Association of Average Adjusters on course for a bright future, speakers at the 2016 annual dinner of the Association affirmed.
There was a buoyant spirit shared by the 260 people who dined in the magnificent setting of the Lancaster Ballroom of the Savoy Hotel in London. In a series of short speeches, members and guests praised the Association for lending the support of its most seasoned supporters to the in-depth education of the next generations. 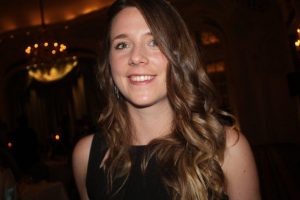 Fellows, Associates and other members of the Association were at one with guests including underwriters, insurance brokers, members of the legal profession and representatives of the London and international maritime industry, in recognising that the average adjusting profession remained a vital element in the 21st century market.
After the loyal toast, proposed by the 2015/16 chairman of the Association, Andrew Paton (who had opened the proceedings by saying a grace attributed to Admiral Nelson), the speeches took on their customary mixture of light humour and reference to the role of the various disciplines in the market.
Amy Dallaway, a marine claims adjuster at Antares Underwriting and an Associate member of the Association, proposed a toast to the Bench and the legal profession. Ms Dallaway said that in the past five years, the number of Associates had quadrupled, which had been a huge achievement for the Association.

“What does the future hold for the Association?” she asked. She was confident there would be further advances, given initiatives such as “the new Senior Associate title which I am sure you will agree will encourage many people in the industry to take their studies further.” The qualification has just been established in response to demand from those who work in offices other than those specifically dedicated to adjusting, for pursuing courses to a point short of becoming fully qualified Fellows.

As an Associate, Ms Dallaway said that she had seen firsthand how much work goes into organising the annual dinner, the membership, the examinations, the training, “and I personally would like to thank the chairman and the management committee for all their hard work.
On behalf of the Bench and legal profession, Darryl Kennard, head of the London shipping team and member of the emergency response team at Thomas Cooper LLP, spoke of the qualities required of maritime professionals. They must work hard, understand the responsibility of the seafarer at the sharp end of the industry, and be resourceful. The insurer must ensure that professional standards were maintained at all times.
Matthew Cao of Richards Hogg Lindley Hong Kong, who is a Fellow of the Association, proposed a toast to the guests and Association subscribers, saying that the 2016 event was “a night to remember.”
Mr Cao realised that in the long history of the Association’s annual dinner, “I am the youngest Chinese to speak.” He said: “The membership has become truly international, with about 500 individual members resident in some 40 countries. 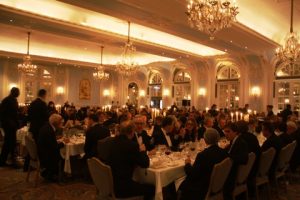