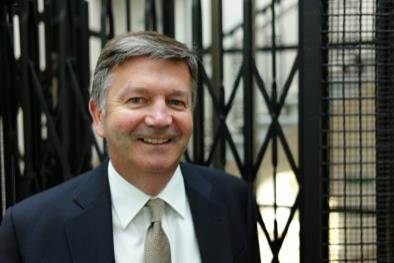 Allen Leatt, Chief Executive of the International Marine Contractors Association (IMCA) is looking forward to meeting members of the global trade association at the forthcoming Middle East & India Section meeting being held in Mumbai on Wednesday 1 June. The meeting, with its packed and highly relevant schedule, will take place at the Hyatt Regency Mumbai. IMCA members and non-members alike are welcome, and should register in advance at events@imca-int.com.

Following a networking opportunity from 10:00 when coffee will be served, the meeting will start at 10:30 with Allen Leatt scheduled to give an update on IMCA’s activities. Reports on the association’s core activities and technical reports on diving, marine, offshore survey, competence & training, and remote systems & ROVs issues follow from representatives of the relevant IMCA divisions who are based in the Middle East & India region, so can speak with knowledge of the developments of most interest to their audience.

“We’ve certainly got a packed meeting planned; and I am very much looking forward to renewing relationships with many, and meeting some new faces, ” says Allen Leatt. “I hope that many who attend the Section meeting will enjoy our networking lunch scheduled to begin at 13:00, and after which our meeting will continue into the early afternoon.”

IMCA is an international association with over a thousand members in more than 60 countries representing offshore, marine and underwater engineering companies. IMCA has four technical divisions, covering marine/specialist vessel operations, offshore diving, hydrographic survey and remote systems and ROVs, plus geographic sections for the Asia-Pacific, Central & North America, Europe & Africa, Middle East & India and South America regions. As well as a core focus on safety, the environment, competence and training, IMCA seeks to promote its members’ common interests, to resolve industry-wide issues and to provide an authoritative voice for its members.
IMCA publishes some 200 guidance notes and technical reports – many are available for free downloading by members and non-members alike. These have been developed over the years and are extensively distributed. They are a definition of what IMCA stands for, including widely recognised diving code of practice, DP documentation, marine and ROV good practice guidance, the Common Marine Inspection Document (CMID) – now available electronically as eCMID, safety recommendations, outline training syllabi and the IMCA competence scheme guidance. In addition to the range of printed guidance documents, IMCA also produces safety promotional materials, circulates information notes and distributes safety flashes.

About Allen Leatt
Allen Leatt joined IMCA as Chief Executive on 1 October 2015 from Subsea 7 where he was Senior VP for Engineering and Project Management. He has over 30 years’ international experience in the marine contracting business with leading companies including Subsea 7, Acergy and Technip.
Allen’s career in the marine industry began in 1978 when as a graduate engineer he qualified as a commercial air diver and has subsequently spent his entire professional career in the marine contracting business. He has been a director and the CEO of various subsidiary companies of large organisations, and played a senior role in the development of the integrated subsea construction business model through the heritage companies of Coflexip and Stena Offshore.

He was appointed Senior VP Engineering & Project Management at Subsea 7 in 2011, where his responsibilities embraced engineering, project management, project services and supply chain management – all topics of relevance to IMCA’s global membership.

Allen is a Fellow of the Royal Academy of Engineering, a Fellow of the Institution of Civil Engineers, a member of the Smeatonian Society, and a chartered civil engineer in the UK.

He is a graduate of Aston University, which numbers him amongst ‘Aston’s 50 Greats’, and has an MBA from Cranfield School of Management, Cranfield University.

Posidonia 2016 – Statement by the President of UGS