Could you handle a major PR crisis? Asks the Swedish Club 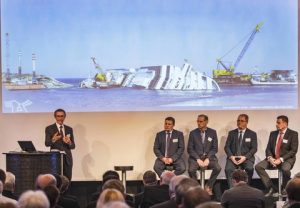 If your ship sinks, can you answer the questions the public wants answered? Are you and your team prepared should the unthinkable happen? Could a perfect media storm happen on your watch? These were the questions posed to an audience of shipowners, brokers and other key members of the shipping community by Lars Rhodin, Managing Director of The Swedish Club at its 144th AGM, held in Gothenburg on June 16th.

The theme of this year’s Club AGM – ‘What can be done when the damage is done? Can you make a bad case better?’ – was aimed at reminding members and guests that loss prevention doesn’t stop when there is an incident. The damage to a company’s reputation, and a loss of faith as a consequence of a badly handled media situation can result in even more damage to the balance sheet than has already been caused by the incident itself. 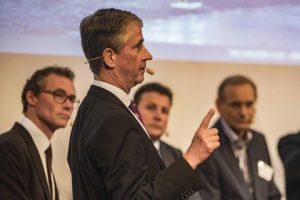 Roger Harrabin, Environment Analyst, BBC News, supplied the voice of the national media. He compared his own media colleagues to lions, reminding the audience that to turn and run away from such a beast generally has a less than positive outcome.

A high level team of experts then accompanied the speakers in debating the issues, with Julian Bray,  Editor-in-Chief of TradeWinds, representing the views of the maritime press and Rob Grool, Director,  Fleet Management at Vroon Group, speaking on behalf of the owners. 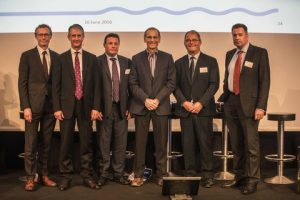 The audience was left in no doubt of the potential seriousness of a badly handled incident and welcomed the inspirational light relief of Swedish artist and entrepreneur Mikael Genberg. He talked about his ‘Moonhouse project’ and persuaded all listening that it was not only possible to build a Swedish red house on the moon, but inevitable that one would soon exist.

The Swedish Club was founded in 1872 and is today a leading and diversified mutual marine insurance company, owned and controlled by its members. The Club writes Protection & Indemnity,  Freight, Demurrage & Defence, Hull & Machinery, Hull Interests, Loss of Hire, War Risks, and any additional insurances required by shipowners or charterers. It also writes Hull & Machinery, War risks and Loss of Hire for Mobile Offshore Units and FPSOs.
Its head office is located in Gothenburg, Sweden, with branch offices in Piraeus, Hong Kong, Tokyo,  Oslo and London.
More information about the Club is available at: www.swedishclub.com. 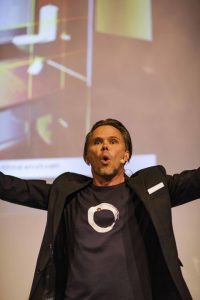