Top Posts
The BDI drops down to 1,540; Wets maintain...
John Faraclas of All About Shipping contributes to...
Irene Rosberg addresses the 22nd Parliamentary Intelligence-Security Forum
Ready to hit the water? So are these...
Coach Fall/Winter 2022: A Collection That Feels Like...
Badgley Mischka Fall/Winter 2022: Wearable Sculpture in Ultra-Chic...
Power, philosophy and heroism of central bankers, and...
New superyacht goes up in flames
American Club Circular no.23/22 – EU Sanctions –...
Hot Port News from GAC
Ulla Johnson Fall/Winter 2022: Organic Forms and Nature’s...
American Club Member Alert (August 12, 2022) re...
Witherbys leads the way in digitisation as 5,000...
Home HRAcademia The VIMC signs agreement with the UofA at major global shipping conference 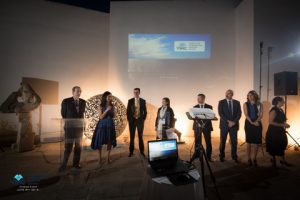 From the VIMC reception at the Vorres Museum, Athens, Greece.

One of the highlights of the evening was the signing of a Bilateral Agreement between the VIMC and the Department of Shipping, Trade and Transport of the University of the Aegean to develop faculty and student exchange programmes as well as marine-related training initiatives between Greece and Canada.  This unique collaboration is the first of its kind and is poised to accelerate educational and maritime opportunities between both nations while continuing to build on friendly and meaningful Canadian-Greek relations. 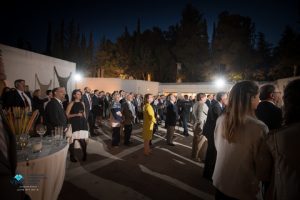 Another picture from the VIMC event at the Vorres Museum

“The University of the Aegean, Department of Shipping, Trade and Transport is a well-known international academic department based on the shipping island of Chios, one of six islands in the Greek Archipelago where the University has campuses. We have more than sixteen undergraduate programs, multiple postgraduate programs and over 16, 000 students, ” said Professor Helen Thanopoulou, Head of Department of Shipping, Trade and Transport at the university.

“Young people are our future and strong international programs that actually cross boundaries will enhance education and training for the upcoming global leaders of tomorrow, ” said Kaity Arsoniadis-Stein, Executive Director of the VIMC.

During Posidonia, the VIMC showcased the economic, business and lifestyle advantages of Vancouver, Canada, to shipping leaders looking to expand their reach to North American and Asian markets.

“Without question, Posidonia is one of the most important shipping conferences in the world and Greece is the largest ship owning nation on the planet.  It is crucial that Vancouver and Canada make it known we are open for business, ” said Graham Clarke, Chairman and CEO of the VIMC.

The VIMC continues its global outreach by attending Marine Money Week in New York City,  June 21-23, 2016.   Marine Money New York is the world’s largest international ship financing conference.  The VIMC will be hosting the opening reception for the conference in the Cotillion Room at The Pierre Hotel,  5:00pm-6:30pm, June 21st.