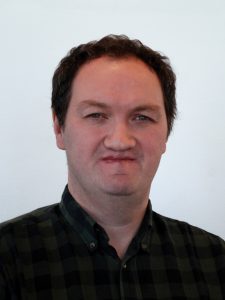 John joined the IMCA Secretariat as one of its strong team of Technical Advisers in early Autumn 2015. This followed four years at Lloyd’s Register as Principal Technical Specialist and a career at sea. He has a strong track record as a specialist in the field of marine engines and emissions as well as an advocate of policy development in the marine industry.

“John’s background at Lloyd’s Register where he was rapporteur on a number of European Commission expert groups; and a regular attendee at IMO to support development of regulations, together his involvement with ICAS and makes him the ideal person to take on management of our policy and regulatory affairs. He will be working with Emily Comlyn our Policy and Regulatory Affairs Technical Adviser. Together they make a very strong team” explains IMCA’s Chief Executive. Allen Leatt.

About John Bradshaw
Prior to his four years with Lloyd’s Register, John was with E.ON for seven years working on power plants, latterly as Strategic Development Engineer.

His earlier career saw John at sea as a First Officer Engineer at the Maersk Company (1999-2005), and prior to that, serving as First Officer and in more junior positions for Farstad UK Ltd, British Antarctic Survey and P&O Containers Ltd.

John is a Fellow of the Institute of Marine Engineering, Science & Technology (IMarEST) and a Chartered Engineer with an MSc in Engineering Management. He was awarded the WW Mariner prize by IMarEST (then IMarE) in 1996, and won the Professor RED Bishop Postgraduate Award at the University of Portsmouth in 2012.