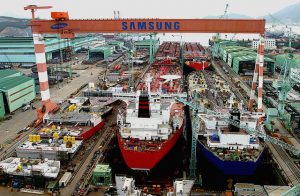 Fox Petroleum Group of Companies with interest in Oil and Gas sector, Power Generation and Distribution is one of the leading Company in its chosen field; With its core purpose of its existence to “Make India a No Dark Zone”, Fox Petroleum tries to explore – what change should India make in order to offer more secured energy future? intends to create a strong Storage and Transportation Infrastructures like FSRU LNG Terminals, Oil & Gas Pipelines, Oil storage Bunkers, Oil Refineries and further Gas based Power Plants  in India followed by creating avenues for manufacturing industry in the lines of Government of India’s  “Make in India” Campaign. It believes that by such Storage and Transportation infrastructure will boost the Gas based Power Plants for producing More Power at low cost and the Generated Power can be used for development of manufacturing industry across the sectors. 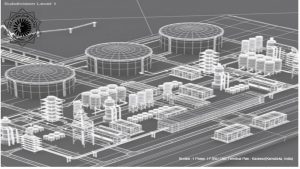 We have officially invited – SAMSUNG HEAVY INDUSTRIES CO LTD, KOREA to work on FSRU LNG Terminal Karwar, Karnataka; Initial negotiations is in progress; Where Memorandum of Understanding is signed between M/s. Fox Petroleum Ltd an Indian arm of Fox Petroleum Group of Companies and The Government of Karnataka (In the presence of Hon’ble Minister Large, Medium Industries & Tourism Government of Karnataka); Total amount of LNG will be gasified per year from terminal expected 7.2 Million MT Per Year that will make it Asia’s Biggest LNG Terminal.
Fox Petroleum FSRU LNG TERMINAL (FP-FLNGT)  will be managed by Fox Petroleum FSRU LNG TERMINAL (FP-FLNGT) Team. It will be Karwar’s second busiest port but in LNG, handling about 35% of nation’s LNG Cargo. The Site is located in an old channel of the Karwar, Karnataka. The total area for the Port comprises of 100 acres onshore storage, with an adjacent 11, 000 acres (45 km square) industrial estate. FOX PETROLEUM FSRU LNG TERMINAL (FP-FLNGT)  is located at a distance of about 50 km from city centre district administration and 15 km from National Highway. 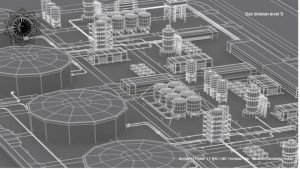 Scope of work : Fox Petroleum FSRU LNG TERMINAL (FP-FLNGT)  will be first industrial cum Commercial port operator under private ownership concept as per FOX PETROLEUM FSRU LNG TERMINAL (FP-FLNGT) Board Order; i. Design, finance, insure, construct, test, commission, complete, operate, manage and maintain dedicated Floating/Offshore LNG Terminal at Fox Petroleum FSRU LNG TERMINAL (FP-FLNGT)  financed on build, operate and transfer (BOT) basis. Financing is “Optional to Bidder”.
MoU Signed to achieve the following objectives: (a.) The Company proposes to set up Floating Storage Regasification unit with Storage Capacity Plant of LNG, in Karnataka with an investment of Rs 7000/- crores. (b). The Government of Karnataka will provide the requisite support for implementation of the above project in the State. (c) Create 3000 New Jobs with guarantee to hire 90% local youths.
The project will be developed in Karawar District of Karnataka; India. Floating Storage Regasification Unit (FSRU) LNG Terminal Offshore to process 1 billion cubic feet (bcf) of gas per day and a storage capacity of 330, 000 m3 of LNG Onshore and same capacity Offshore to cater the Energy Need of the State of the Karnataka (India);
Fox Consultancy Services Team with provided with the unit cost of each terminal component for three shipyards in Korea, Japan, and Spain respectively. At current market prices, Spain is the least-expensive location. The total cost for constructing the FSRU estimated as US $563 million only offshore and onshore US $495 Million. Proposals are invited from well reputed Foreign Companies in Engineering and Management in venture with their local India counterpart, to assist FOX PETROLEUM FSRU LNG TERMINAL (FP-FLNGT)  in the implementation of LNG projects from Ports’ perspective while detailed designs, studies & surveys etc shall be the responsibility of Proponent LNG Developer Company not The Fox petroleum. The bidder shall be knowledgeable & experienced in Port planning, shipping and with adequate expertise in import LNG terminals, QRA and other required studies. Selection of firms will be based on merit, reputation, and experience in; LNG Terminals, works defined in scope of services and current procurement methods for projects on BOT Basis. This Guideline document shall outline procedure and instructions for the proponent bidder to prepare and submit their proposals and to all those activities on basis of which a proposal shall be evaluated.
__
There will update again on 25 June 2016 about the Name of The EPC Contractor, who will be shortlisted among the worlds seven most reliable developer of FSRU TERMINAL to develop “Asia’s Biggest Capacity FSRU LNG TERMINAL”.
FSRU LNG Terminal Karwar KarnatakaSAMSUNG HEAVY INDUSTRIES CO LTD KOREA
0 comment
0
FacebookTwitterLinkedinEmail