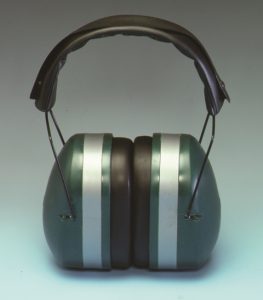 THE NUMBER of workers making insurance claims for noise-induced hearing loss (NIHL) across all industries is soaring, despite it being one of the easiest and cheapest occupational health conditions to prevent, according to workplace equipment provider Slingsby.

Recently released figures from the Association of British Insurers show that noise-induced hearing loss claims almost trebled in the past three years.  More than 150, 000 people filed claims for NIHL in 2014 and 2013 and these figures surpassed the record levels seen in the 1990s.  The ABI also revealed that 70% of NIHL insurance claims are unsuccessful.  In addition, according to The Health and Safety Executive, approximately 75% of all civil occupational disease claims relate to NIHL.

Singsby supplies more than 35, 000 workplace products across all industries, including an extensive range of products to protect against NIHL including ear defenders and ear plugs.

Dominic Slingsby, Operations Director at Slingsby, explains: “NIHL is a common problem and with almost one in three claims being successful, it makes sense for employers to prevent it occurring in the first place.  NIHL is often difficult to detect until it’s too late, because the effects build up gradually over time and in many cases, people are often surprised how even relatively low noise levels can still present a danger over an extended period.  Plus, once the damage is done, NIHL is irreversible so any areas in a workplace that are prone to excessive noise levels should be closely monitored.

“Under The Control of Noise at Work Regulations 2005, any work areas where the daily noise level averages more than 80dB must take action.  Before resorting to ear protection, employers should explore whether it’s possible to reduce noise levels, perhaps by using sound-proofing equipment or modifying machinery to make it quieter.

“In areas where the average noise level reaches 85dB, employees should be provided with ear protection and signs should warn people they are in an ‘ear protection zone’.  It’s also worth bearing in mind that average exposure levels, after taking into account any hearing protection, should never exceed 87dB.”

Dominic adds: “In work environments where ear plugs and defenders are required, it’s important to consider the product’s signal to noise ratio (SNR) which indicates how many dBs the product will block out.  In most cases a suitable product will reduce noise to between 70 and 80dB rather than completely blocking it out, which would create another set of dangers.