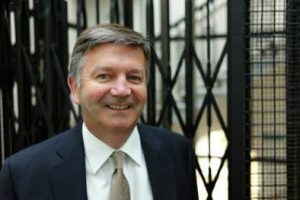 Harke Jan Meek is Chief Commercial Officer at Heerema Marine Contractors (HMC). In this capacity Harke is a member of the HMC Board and responsible for the commercial and technology departments. He joined HMC in 2012 in a commercial and business development role for SURF projects, and was appointed as Senior Vice President Commercial in October 2013. He was previously with SBM in Monaco and Jakarta in business development roles. His early career was with Shell in The Hague and Houston specializing in LNG projects.

Iain Grainger is VP Commercial for McDermott’s Europe & Africa Region and General Manager of the UK office, having recently relocated from Houston where he was VP of Corporate Strategy. He has a 30 year career in senior positions with leading industry contractors, more recently with Subsea 7 as VP of corporate strategy and business development, overseeing a particularly strong period of growth. His early career was with Brown & Root and Rockwater.

Iain has a BSc in Civil Engineering from Heriot-Watt University and an MBA from Warwick Business School.  He is a Chartered Engineer and a Member of the Institute of Marine Engineering, Science and Technology (MIMarEST).

“The IMCA Council is delighted to have such experienced and talented executives join at this particularly challenging time for our whole industry, ” explains Allen Leatt CEO of IMCA.