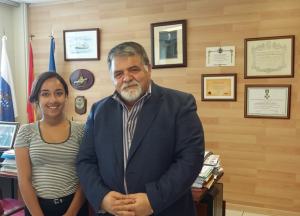 BOLUDA TOWAGE AND SALVAGE centres its activities on towage, the company’s main activity and one which is essential for streamlining port traffic. This division has a clear position of leadership in the domestic and international markets, with a fleet of over 200 tugs distributed throughout the main ports of Spain, France, Africa and Latin America. BOLUDA TOWAGE AND SALVAGE provides port, coastal and offshore towage and maritime rescue services.

The Offshore and Maritime Rescue division represents one of the BOLUDA CORPORACION MARITIMA’s most characteristic services. Since 1990, they have collaborated with the Spanish Administration in the development of the National Rescue and Anti-pollution Plan, in conjunction with Sociedad de Salvamento y Seguridad Marítima (SASEMAR). Their activities also includes worldwide assistance to oil rigs and exploration work in different ports, supplies, barge transport, mooring and towage of floating docks.