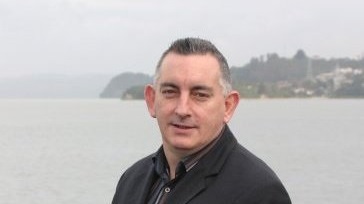 London, Monday, July 18. The IMRF H.E.R.O awards – launched in April this year – are attracting nominations of dedicated and innovative individuals and SAR teams from around the world and the closing date for nominations is the 29th July 2016.

The H.E.R.O. Awards have been developed in cooperation with IMRF partner McMurdo, a global leader of emergency readiness and response solutions, and will draw attention to the life-saving work done in maritime Search and Rescue (SAR) across the world.

With the closing date fast approaching further nominations are encouraged and the judges will be selecting a winner from the catalogue of courage and innovation.  The awards will be announced at a special ceremony in Washington DC on Tuesday, November 15 and streamed globally.

These Awards are focused on recognising not only individuals for courageous rescue missions, but also the support networks and organisations which enable such missions to take place by providing exceptional response and co-ordination as well as technical innovations and development initiatives.

The nominations can, therefore, range from an organisation that co-ordinated a rescue saving hundreds of refugees in one night; to an individual or organisation whose quick thinking saved a child’s life; or a technical company, whose inventiveness and skill makes the work of SAR teams, around the world, safer and more effective. Whatever the reason, if excellence in rescue operations has been demonstrated then the H.E.R.O awards panel wants to hear about it.

Says Bruce Reid, CEO of the IMRF: “I am delighted that the H.E.R.O. Awards are attracting a range of exciting and compelling entries from across the world. The aim of these Awards is to recognise and thank courage and exceptional performance, both by individuals and organisations, all of whom are making a major contribution to SAR, progressing IMRF’s mission to improve global maritime SAR and prevent loss of life in the world’s waters. We want to highlight these achievements and, through them, gain further recognition by the wider international community including governments, non-governmental organisations, the news media, and the general public.”

Any individual or organisation that has shown excellence in SAR response, anywhere in the world, may be nominated. The primary criterion for nomination for a H.E.R.O. Award will be a major contribution to SAR with acts of bravery honoured equally alongside innovatory ideas with technical and/or intellectual excellence, which in unison make SAR work safer for the rescuer and the rescued alike.

The H.E.R.O. Awards 2016 will recognise actions that took place, or were completed, in the period1st July 2015 to 30th June 2016.  No applications can be accepted for events or actions that fall outside this period.

The closing date for applications is 2400 UTC on 29 July 2016. For full details on how to enter, and the terms and conditions of entry, visit www.imrfhero.org; Alternatively, please write to The H.E.R.O. Awards Co-ordinator, International Maritime Rescue Federation, 50 Allardice Street, Stonehaven AB39 2RA, UK; email hero@imrf.org.uk; or telephone +44 (0)1569 767405.

The International Maritime Rescue Federation (IMRF) brings the world’s maritime search and rescue organisations together in one global – and growing – family, accredited at the International Maritime Organization (IMO). IMRF’s member organisations share their lifesaving ideas, technologies and experiences and freely cooperate with one another to achieve their common humanitarian aim: “Preventing loss of life in the world’s waters”. See: www.international-maritime-rescue.org