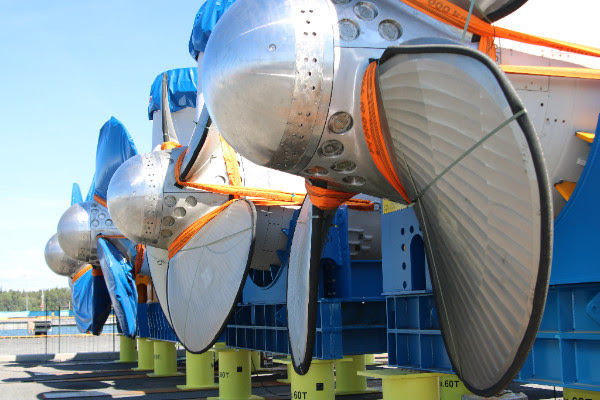 Helsinki, Finland,  20 July 2016 – Pictured at Vuosaari habour on the outskirts of Helsinki, these four Azipod units are destined for shipyards in South Korea – a journey which will take approximately one month. The four thrusters have a combined power of 52 MW and will be fitted to an LNG tanker for the Yamal project and an arctic oil tanker.

ABB is celebrating the 25th anniversary of the first installation of an Azipod unit, which has gone on to lead the podded electric propulsion market.  During a quarter of a century of service the thrusters have clocked up more than 12 million hours of running time, helping save the maritime industry 700 000 tons of fuel.

Only at UCLan Cyprus…

Maritime directors team up to raise money for RNLI