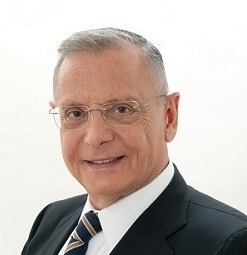 The distinguished medical geneticist Constantinos C. Pangalos*, who has served as Associate Professor of Medical Genetics at the Medical Faculty of Necker-Enfants Malades, University Paris V, was unanimously elected as a Corresponding Member of the French National Academy of Medicine.

At the official announcement of the election, the permanent secretary of the Academy, Professor Daniel Couturier, emphasized that the election reflects the appreciation of the Academy towards the scientific work and the personality of Professor C. Pangalos.

The French National Academy of Medicine was founded in 1820 and today is under the auspices of the President of the French Republic. According to its statutes, the Academy is composed of eminent scientists, recognized for their scientific work and their services to the public health. Members of the Academy include 11 Nobel laureates, among them Marie Curie.

The inauguration will be held on December 20, 2016 at a special ceremony at the headquarters of the Academy in Paris.

Constantinos P. Pangalos was born in 1948 in Athens. In 1971 he graduated from the Medical School of the University of Athens and subsequently obtained a scholarship from the French Government for specialization in Medical Genetics at the University Paris V and Paris VI, where he obtained independent postgraduate degrees in Fundamental Genetics, in Cytogenetics and in Human Genetics, which together constitute the Higher Degree in Human Biology with specialty in Genetics. During this period he also trained in Clinical and Laboratory Cytogenetics under the famous Professor Jérôme Lejeune, the physician who was the first to discover a chromosomal abnormality in humans (trisomy 21, the cause of Down syndrome).

He returned to Greece, where he obtained the specialty of Pediatrician. In the following years, he was appointed Consultant in the 2nd Pediatrics Department of the University of Athens and then Director of the newly established Department of Genetics in the 1st Obstetrics and Gynecology Clinic of the University of Athens, at “Alexandra” Maternity Hospital.

In 1986 he was elected a full-time Associate Professor of Medical Genetics (Professeur Associé de Génétique) at the Medical Faculty of Necker-Enfants Malades, University Paris V, under his former teacher Professor Jérôme Lejeune. He served in this position from 1986 to 1991.

He has published several scientific papers in international scientific journals in various areas of Medical Genetics.

He has organized in total three public Genetics laboratories (one in France and two in Greece) and one private center, InterGenetics-Diagnostic Genetics Centre, which he continues to direct. He is considered as one of the pioneers of this specialty in Greece and since 1977 he has contributed and continues to contribute significantly towards the organization of genetic services in this country.

InterGenetics has conducted more than 432, 000 genetic test in Greece and abroad, while more than 90, 000 healthy children were born, following successful prenatal testing performed under the supervision of Professor Pangalos. Under his direction, InterGenetics-Diagnostic Genetics Centre has more than 30 years experience and a proven track record in high-quality performance and management of genetic tests, being also and in the forefront in the implementation of new technologies, with particular emphasis in the development of know-how and of applied research.