This story starts with hanky-panky in the filing room during an office Christmas party. It goes on to plumb the workings of the corporate and legal world – much going on behind closed boardroom doors too, with duplicity at all levels.

In his third novel, London accountant Kamal M Malak piles on the suspense amid the sexual antics of his characters. The title is Fair Deal, but fair is not the right description for the way these people deal.

The author goes in for explicit description of sexual activity, and ascribes to his cast the type of crude language that has become a commonplace of English-language fiction and of the ‘quality’ media. Outrage now seldom greets this genre of narrative.

Born in Delhi, Kamal Malak In a long professional career has worked for international companies such as KPMG, Xerox and Texas Instruments, and for two hedge funds, he so is familiar with the mores of the City. Currently, he runs a small accounting practice. His previous books were Mr & Mrs Boheim a story about a chartered accountant in London, and A Friendly Deceptiona story of a banker in the capital. Both were published in the US.

In this new tale, he centres the action on a law firm operating from luxurious City premises and on the ambitions and passions of its bosses and personnel. He claims that “it touches human behaviour in a very realistic way. Even though it is fiction, a number of people will identify with its characters.”

Sex is a dominant element in a potent mix. There is a mergers and acquisitions plot bubbling away, and it is not just businesses that are doing the courtship dance. There is plenty of corporate deceit, revenge and yes, under the surface, love. 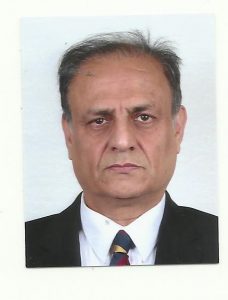 The author says that the story will appeal to a wide variety of readers particularly in the professions: lawyers, accountants, fund managers, business managers and others. Will some recognise themselves in the ranks of the bad apples, or do they just “do what comes naturally”?

We see the downfall of the de facto number two to the founder and senior partner of the LLP. His beautiful wife Sharon – director of an art gallery – appears to be led astray easily. A quick grapple in the filing room with a colleague of her husband is one more round in their affair, but – do not smile – you are on CCTV accessed from a password-loose office; a clumsy attempt to delete the file is rumbled.

This is, to put it mildly, gross misconduct, and as if this were not enough, another colleague of her husband who has his eye on Sharon, had by accident witnessed the intimate activity. All sorts of pub and bar conversations, many of an unpleasant kind, between the protagonists, follow and one of the lawyers gets himself fired

The green-eyed monster – jealousy lurks between so many corporate relationships – revels in the complicated conspiracies and lusts of the sinful solicitors, and the author keeps up to the end the furious pace of missteps that lead to ruin, and even to a modicum of romance.

Fortunately, the City has thousands and thousands of principled professionals who would never stoop to the misdeeds peppering this book – although more than a few must be sorely tempted now and again.

The Shipowners’ Club launches a guide to offshore jurisdiction