British Marine has today (3 August 2016) released important new research exploring the profile, behaviour and purchasing dynamics of UK boating enthusiasts and boat owners. It covers recreational boating and watersports from both private owned and hire/charter across inland and coastal waters.

Following on from the publication of the annual Watersports Participation Survey¹ earlier this year, the Boaters and Boat Owners Survey², sponsored by Navigators & General and MDL Marinas, acts as an important benchmark to analyse and formulate future developments in the marine industry.

From the key influencers on participation to how people finance a new boat, this research examines a range of aspects to better understand the modern landscape of boating in the UK and offers an insight which is not currently available to UK marine businesses. Some key findings include:

Importance of a boating community and generational learning

Whilst the perceived cost of boating is historically considered a barrier for non-boaters, it appears that a lack of access and involvement in a community geared towards boating and not engaging with it as a child, all have an equally detrimental impact on participation.

When surveyed, nearly 60% of non-boaters listed not knowing anyone who owns a boat as a reason for not participating, whilst 22.2% said they wouldn’t know where to start and 29.6% put it down to not taking part in boating as a child. This is relative to the 48.2% of non-participants who listed cost as a reason for their inactivity.

With 42.7% of boaters swapping to a different on-water activity rather than giving up boating and watersports, two clear patterns of movement between activities have emerged.

As part of their natural progression as a boater, participants are upscaling their form of activity. For example, a large portion of past participants of small sailboat activities and racing (30.4% and 34.2% respectively) now consider sail yacht cruising as their main boating activity.

In comparison, a number of boaters are moving to activities that are more manageable with their lifestyles. The research shows that a notable 48.9% of watersports enthusiasts and 25.9% of canal boaters surveyed were previously sail yacht cruising participants. This is due to families converting to the flexibility of canoeing and rowing and older yachters switching to less physical motor boat activities.

The popularity of formal qualifications

The majority of boaters (55.7% of boaters) learn through formal qualifications, many on hire and charter holidays, which are an important avenue to long-term participation.

In addition, formal training appears to remain a continual aspect of the boating lifestyle with a significant portion of participants (23.7%) undertaking further training for personal development or to benchmark their skill level.

For some boating enthusiasts, the financial flexibility and diversity of craft and locations offered by the hire and charter sector provides a compelling alternative to owning their own vessel, with 45.1% of non-boat owners surveyed previously hiring or chartering of a boat.

Despite new pension freedoms introduced in the 2015/16 financial year, out of the people who have chosen to purchase a new or used boat, very few (approximately 1.5% of new boat owners surveyed) have opted to use tax-free pension withdrawals to fund the sale. Instead, 86.6% of consumers have used savings as the primary means of funding a purchase.

Commenting on the survey, Howard Pridding, Chief Executive of British Marine, remarks: “This in-depth research further cements British Marine’s position as a market research leader by providing a unique, in-depth insight into today’s consumers for marine businesses across the industry to use.

“By highlighting the importance of generational learning and outlining the key influencers and concerns of prospective boaters and boat owners, this study provides a platform for British Marine to develop a new strategy to increase boating participation in the UK.”

Paul Emery, Head of Navigators & General, adds: “Truly understanding our customers is key to ensuring that Navigators & General’s insurance products and services continue to improve over time to be the best that we can offer. This new research does just that, exploring in detail how people from all walks of life care for and use their boats.

“It’s great to work with British Marine to finally see a uniquely in-depth piece of research which will not only encourage boat users to enjoy their crafts but also allows Navigators & General to ensure they have the right insurance cover and support should the worst happen.” 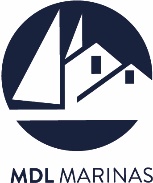 Dean Smith, Operations and Marketing Director at MDL Marinas, comments: “This is valuable research that gives much needed customer insight. As a business our priority is delivering an exceptional marina experience to our current and future customers. Data such as this helps inform our decisions and allows us to focus on understanding our customers’ evolving needs. It’s important that we as an industry have access to quality research like this and that we track and respond to it.”

To download the Boaters and Boat Owners Survey, sponsored by Navigators & General and MDL Marinas, visitwww.britishmarine.co.uk/Resources/Publications/2016/August/Boaters-and-Boat-Owners-Survey-2015.

¹ The Watersports Participation Survey 2015 uses a nationally representative sample of around 12,000 respondents from across the United Kingdom via omnibus. Since 2011, in addition to the omnibus survey, a bespoke online survey has been used to ask more detailed questions of a representative sample of watersports participants. In 2015, the sample for this survey was 2,788 respondents.

² The Boaters and Boat Owners Survey was conducted in October 2015, at the end of the boating season, and surveyed British Marine’s database of over 10,000 boat owners and boaters. Over 2,000 questionnaires were returned.