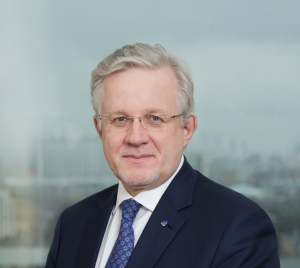 The three ships are multi-purpose ice-class (Ice-10) supply vessels, which have been under the management of the joint venture SCF Swire Offshore since 2009. The vessels are manned by professional crews consisting of mariners from the Russian Far East and are operated under the Russian flag.

Under the signed agreements, the vessels will continue to be used for year-round delivery of supplies and consumables to three production platforms in the Sea of Okhotsk. In the event of an emergency, the vessels will be able to provide environmental protection and platform personnel safety services, including platform evacuation and fire suppression.

As part of the Sakhalin-2 project SCF Group also operates three Aframax shuttle tankers (Zaliv Aniva, Sakhalin Island and Governor Farkhutdinov) and, in partnership with the Japanese NYK Line, two LNG tankers, each with a capacity of 145,000 cubic metres (Grand Aniva and Grand Elena). All these vessels are on long-term time charter contracts with Sakhalin Energy and are used to transport hydrocarbons from the port of Prigorodnoye to Asia-Pacific countries.

“Sakhalin Energy continues to expand mutually beneficial long-term cooperation with Russian companies. The expansion of cooperation with Sovcomflot will allow the company to optimise the contract management process, provide a possibility to charter platform supply vessels on a long-term basis and increase the share of Russian participation. Sakhalin Energy strives to involve Russian businesses in the Sakhalin-2 project to the maximum extent.”

“The expansion of Sovcomflot’s participation in the Sakhalin-2 project is in line with the development strategy of SCF Group, which is aimed at increasing the portfolio of projects with a long-term fixed return. The deal made has enabled the company to significantly strengthen its leadership position in the segment of specialized vessels designed to provide safe operation of offshore production platforms in Arctic and sub-Arctic areas of the world’s oceans.”

He stressed that: “The high-tech, multifunctional icebreaking vessels being purchased by Sovcomflot are among the best in their class. Management of such vessels operating in the waters of the Sea of Okhotsk with year-round navigation requires special skills, expertise and knowledge possessed by our seafarers, many of whom were trained to exacting standards of the unique maritime school of the Russian Far East.”

“We are pleased that the mutually beneficial cooperation between Sovcomflot and Sakhalin Energy, which has already lasted for over 10 years, has received a new impetus. Over the years of joint work, our customers have seen for themselves that vessels managed by Sovcomflot, which has unique competencies in ice navigation, are capable of accomplishing tasks under difficult navigation conditions in the Sea of Okhotsk safely and in a quality manner. There will be even larger-scale cooperation between Sovcomflot and Sakhalin Energy in the near future. Two years ago, the parties agreed on the construction and long-term operation of four multifunctional ice-class vessels under the Sakhalin-2 project. The first vessel of the series – Gennady Nevelskoy – has been already launched and will soon join the SCF fleet. We are confident that the new stage of cooperation between Sovcomflot and Sakhalin Energy will be as productive and mutually beneficial as in previous years.”