MIDDLETOWN, RI – September 1, 2016 – The mini-VSAT Broadbandsm service of KVH Industries, Inc., (Nasdaq: KVHI), has once again been cited as the market share leader in maritime VSAT units in service, in a newly published report. “Maritime SATCOM Markets, 4th Edition,” by Northern Sky Research (NSR), a leading maritime industry analyst firm, reports that KVH’s mini-VSAT Broadband customers account for 29% of the vessels using Ku-band services, which is more than double the 14% share of the nearest competitor, as of the end of 2015. KVH’s mini-VSAT Broadband customers also account for 21% of the vessels using combined C/Ku-band services, with the nearest competitor at 15% share. 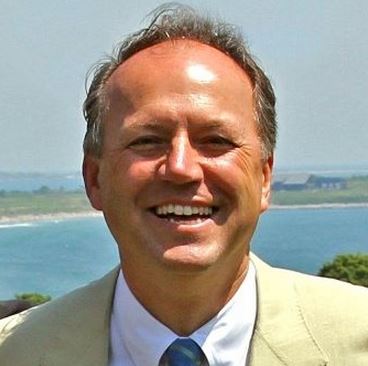 KVH launched mini-VSAT Broadband in 2007, and has steadily grown the service to a dominant position in the maritime VSAT market. The company recently shipped its 6,000th VSAT system, as reliance on fast and reliable satellite broadband connectivity has spread throughout the maritime industry. In 2012, the mini-VSAT Broadband service first became the maritime VSAT market share leader according to leading market research reports, and has since that time reconfirmed that position in subsequent report updates.

“We are thrilled to be recognized by one of the most highly regarded research firms in the satellite communications industry for our success in the maritime VSAT market,” says Martin Kits van Heyningen, KVH’s chief executive officer. “We’ve always listened intently to the market and have continually improved our service to provide our customers with the connectivity and content services they need to meet their high expectations. I’m confident that our innovations in technology, service, and business practices will keep us on the forefront in maritime VSAT.”

With its analysis of quantitative and qualitative factors, the report presents a complete picture of the maritime market, including trends, issues, and the latest SATCOM developments. “As connectivity becomes a must-have in the commercial maritime industry, we expect a steady rise in VSAT-connected vessels by 2025,” says Brad Grady, NSR senior analyst, who co-authored the report with NSR analyst Dallas Kasaboski. “For both operations and crew welfare, maritime operators are likely to become more and more reliant on broadband for their vessels.”

The NSR analysts also described an emerging trend toward maritime VSAT service providers developing value-added services and a range of web applications to meet the increasingly complex systems and demands of commercial vessels. The range of web applications likely to be in demand by maritime markets, according to the report, includes apps for streaming media, e-Learning, network configuration, crew calling, and weather.

KVH already has apps in place for most of these applications. For example:

·         The IP-MobileCast content delivery service provides large multimedia entertainment and operations content via multicasting technology to be streamed to devices onboard without data transmission costs.

·         Videotel, a KVH company, is a leader in e-Learning, with its maritime training services used by 12,000 vessels around the world.

·         KVH’s network configuration services include the CommBox Network Manager, which is built into every TracPhone V-IP series satellite antenna system, designed exclusively for use with the mini-VSAT Broadband service.

·         Delivery of high-resolution weather data from AWT is included as a standard part of the IP-MobileCast subscription.

NSR is a global leader in providing satellite industry market research and consulting services to clients around the world. Founded in 2000, NSR specializes in the analysis of growth opportunities across four core satellite industry sectors: satellite communications, broadcast and digital media, hybrid and emerging markets, and commercial space. For more information, visit the NSR website.

KVH Industries, Inc., is a leading provider of in-motion satellite TV and communications systems, having designed, manufactured, and sold more than 200,000 mobile satellite antennas for applications on vessels, vehicles, and aircraft. KVH is also a leading news, music, and entertainment content provider to many industries including maritime, retail, and leisure. Videotel, a KVH company, is a market-leading provider of training films, computer-based training and e-Learning. KVH is based in Middletown, RI, with research, development, and manufacturing operations in Middletown, RI, and Tinley Park, IL. The company’s global presence includes offices in Belgium, Brazil, Cyprus, Denmark, Hong Kong, Japan, the Netherlands, Norway, Singapore, and the United Kingdom