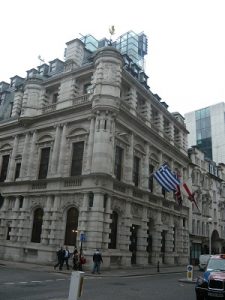 Cyprus Hydrocarbons Company (CHC), the National Oil and Gas Company of Cyprus, has named Lloyd’s Register as independent commercial advisor for its commercial exploitation of hydrocarbons in the Exclusive Economic Zone (EEZ) of the Republic of Cyprus.

Phil Edwards, Consulting Director of Lloyd’s Register’s energy business says: “We are delighted to be working with CHC and the emerging Cyprus oil and gas industry on this prestigious and critical development. Our work includes a number of activities such as assisting CHC in realising its options and strategies for successful development of the EEZ, and crucially assisting in hydrocarbon sale discussions and agreements with upstream operators and partners active in the Cyprus EEZ.”

The three year contract, with possible extension options, was awarded to Lloyds Register based on its strong track record and commercial and technical understanding of offshore oil and gas developments.  The contract commenced in August 2016.

As a state-owned company established in 2012, CHC has the mandate to act as the commercial arm of the Government of Cyprus on matters relating to development, production and monetisation of oil and gas resources from Cyprus’s EEZ.

Currently, Cyprus’s 15,000- square kilometre EEZ has 13 exploration blocks located to the south of the island. Some estimates suggest that that Cyprus could be sitting on 60 trillion cubic feet (Tcf) of gas. It is most likely that a significant portion of energy will be exported, drawing revenue and fostering growth.

In addition, Cyprus’s strategic geographical location at the crossroads of Europe, Asia and Africa makes it ideally placed to serve as an energy supplier to the Eastern Mediterranean region.

Demetris Fessas, Executive Manager of CHC says: “As we continue our journey towards developing Cyprus’ offshore natural resources, our focus is on ensuring we apply the right strategic approach and effectively contribute with all stakeholders towards common objectives. Following a rigorous public procurement tendering process with worldwide interest, we are very pleased to have Lloyd’s Register on-board as independent commercial advisors to assist us in delivering on our objectives.”

This latest contract follows on from Lloyd’s Register’s recently-awarded Oil and Gas Authority (OGA) contracts in the UK, essentially underpinning the company’s ability as a trusted independent technical and commercial advisor in support of government and industry plans for sustainable and safe energy provision.