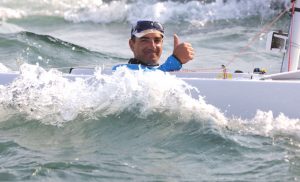 France’s Damien Seguin has won his second Paralympic Games gold medal, pending any protests, at the Rio 2016 Paralympic Games. With a win in Athens 2004, Seguin now adds the One Person Keelboat (2.4 Norlin OD) Rio 2016 title to his collection.

Needing to finish above London 2012 champion, Great Britain’s Helena Lucas, Seguin sailed to a fourth place finish while Lucas could only manage a 15th. With that, Lucas takes the bronze medal. 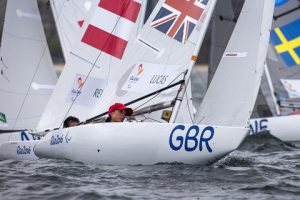 Winning the final race, Australia’s Matt Bugg leapfrogged Lucas to take the silver medal, a third medal of the Games for his country.

Seguin has been the most consistent all week with his lowest place finish a sixth. With that discarded he finishes on 30 points, with Bugg on 36 and Lucas on 40. 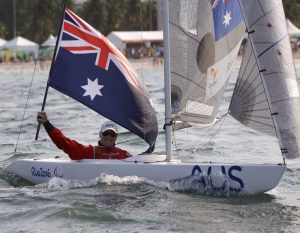