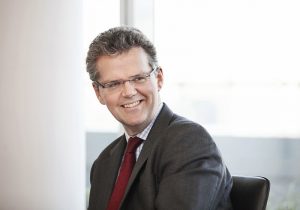 By James Brewer
Shipowners, charterers, cargo interests, forwarders and other parties have been advised to expedite their claims against stricken Hanjin Shipping.
The warning comes as charterers alone are speculated to be facing losses totalling at least $1.2bn after the South Korean line had to pull the plug on its services when banks lost confidence in its ability to repay debts.
A leading London lawyer who is monitoring fast-moving developments told delegates to the annual conference in Genoa of the International Union of Marine Insurance that time was of the essence.
Mike Roderick, a partner with Clyde & Co and legal adviser to the London insurance market’s joint cargo committee, delivered an update on the fate of the world’s seventh biggest container line, emphasising that he was expressing personal assessments at a stage when clarification on many points were still needed.
Mr Roderick said that Seoul central district court on September 1 2016 granted what was termed a rehabilitation order to the shipping line following the collapse of talks with its banks. The rehabilitation process was something short of insolvency, but claims had to be registered by October 10 and filed with the receiver between October 11 and 25. Claims not filed would not be allowed in the rehabilitation. “If claims are to be filed, a number of documents have to be translated into Korean, and that takes time,” warned the Clyde & Co expert.
On September 6, a ruling was issued by a court in New Jersey, United States, effectively to recognise the Korean court order. There have been parallel orders in England, Hamburg and Singapore, and Hanjin has indicated its intention to apply for similar procedures in other jurisdictions, the outcome of which is unknown at present.
Hanjin has ordered vessels to what it considers safe ports, or to stay offshore. Mr Roderick outlined many associated risks, such as demurrage for prolonged cargo storage, the risk of cargo detention or theft, and extra costs for shipping cargo to destination.
The impact on insurance had many facets, including protecting the owners of leased containers with policies triggered by insolvency or financial default. London’s Institute clauses contained exclusions for delay, insolvency and financial default but had continuing cover for delay Beyond the control of the assured.
He asked the underwriters present: “Do the cargo policies you write contain insolvency or default exclusions?” and two-thirds of the audience said that they did. In London, underwriters would have to extablish the insured was, or ought to have been, aware of the carrier’s insolvency or financial default at the time of loading. Hanjin had moved into insolvency very quickly and many insureds would not have known of that. The exclusion did not apply where the purchaser had bought the cargo in good faith. Termination of contract of carriage applied where it was terminated short of destination owing to circumstances beyond the control of the insured.
What of extra expenses? The insured had to establish that the termination of voyage resulted from an insured risk.  Insolvency alone was not an insured risk in the opinion of Mr Roderick, who conceded that others in the market disagreed with him.
“Whether extra expenses are recoverable depends on policy wording,” said Mr Roderick.
The Wall Street Journal meanwhile reported that it had seen a draft of Hanjin Shipping’s restructuring proposals due to be published in November. The hoped-for plan would transform the company into a much smaller intra-Asia line. Chartered tonnage would be returned to leading global charterers who would suffer upwards of $1.2bn in losses. More immediately, the detailed repositioning of some 70 containerships is unclear.
Clyde & CoHanjinIUMI – the International Union of Marine Insurance
0 comment
0
FacebookTwitterLinkedinEmail