Top Posts
Don’t take chances where your health is concerned…
GLOBAL & REGIONAL DAILY (Thursday 13 May, 2021)
RMT calls for action to protect seafarers’ mental...
Poseidonion Grand Hotel welcomes you back on May...
Large Diameter Drilling to partner with DEME Offshore...
Cyprus Ship Management Round Table Webinar and Debate
Lady Moura up for sale… plus more
Will the dollar decline? The changing landscape of...
TSUNEISHI SHIPBUILDING collects actual operation data by IoS-OP
Deltamarin is proud to be a part of...
Damen launches RoPax 6716 for the Port Authority...
Home Associations IMHR 2016 Conference review
AssociationsCharityConferences, Seminars, ForumsEnergyEnvironmentEventsExhibitionsHealth and SafetyHRSafety and Security 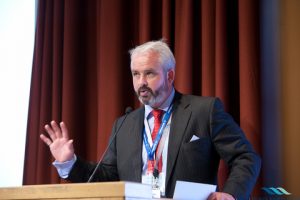 ‘Application of human rights throughout the maritime environment at all times without exception’. IMHR 2016 Conference Review.

A week after the inaugural International Maritime Human Rights (IMHR) conference took place on Wednesday 14 September 2016, at The Royal College of Surgeons in London, the positive repercussions of the event continue to reverberate. Titled “Respect, Responsibility and Remedy in the Maritime Environment” the event delivered something new to the emerging maritime human rights discussion.

This was the first time that such an event had occurred and where stakeholders from across the entire maritime space, commerce and civil society came together to outline their respective work, concerns and aspirations in relation to acknowledging and dealing with ongoing human rights abuses in the maritime environment.

The event was attended by delegates from as far afield as New Zealand, India, the USA, Canada, Kenya and South Africa as well as from the IMO, UK Cabinet Office, SeaFish, Europeche, the NFFO, The Fishermen’s Mission, the Royal Navy, the United States Navy, NATO, the UK Chamber of Shipping, the RMT Union, numerous international Counsel, e-learning providers, academia and many media platforms, including the BBC.

Examples of the diverse nature and wide-ranging experience of the speakers included:

Mr. George Tsavliris of Tsavliris Salvage said that “Respecting human rights is not a tick-in-the-box exercise” and that is was the “right thing to do” while always “maintaining a code of ethics” within a company structure.

Mr. Kuba Szymanski of InterManager stated that authorities should “stop criminalising us” in relation to the 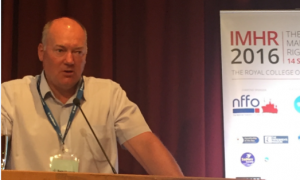 increasing trend to criminal seafarers for their actions and also noted that “99% of the shipping industry is not bad, it is excellent”. He also pressed the point that seafarers were human beings.

On behalf of Mr. Ment van der Zwan of the Dutch Pelagic Freezer-trawler Association and FISH-Platform, Mr. Cor Blonk of the Dutch Ship Owners Association for Pelagic Fisheries read a letter to the delegates where he stated that while there were “1.5 million seafarers” there were “35 million active fishers”. Most notably he commented that: “Fish and fish stocks are better protected than fishers” and that “most of the indispensable standards in relation to human rights are not in force”.

Mr. Peter Sweetnam, CEO of the Migrant Offshore Aid Station (MOAS) commented that for many migrants rescued at sea by NGOs it was: “Treating them, sometimes for the first time, as human beings”. This resonated with the hard-hitting opening film titled “The Dead Sea” partly funded by Human Rights at Sea and which detailed the abuse and torture of migrants passing through a Libyan detention centre based on factual testimony. 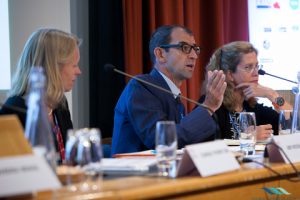 Mr. Phil Bloomer, Executive Director of the world-renowned Business and Human Rights Resource Centre (BHRRC) in London noted that “ship managers know where the abuses are occurring” and further stated that “broadly, the maritime industry is a laggard in terms of human rights”.

Mrs. Alexandra Wrage of TRACE International detailed issues of corruption in the maritime space and where she commented that: “Human rights are violated when people are bribed and paid off”.

The impact of human rights provisions and safeguards in the UK fisheries industry was discussed in detail by Mrs. Libby Woodhatch of SeaFish and where she commented that: “We need to change mind sets. [We] need to think about the people not the fish”.

Mr. Conrad Thorpe OBE, the CEO of Salama Fikira based in Nairobi held the delegate’s attention with his first-hand anecdotes from the front line of counter-piracy operations where his company has been responsible for the release of over 100 hostages and where he related that: “I have seen Masters weep on the release of their seafarers.” He also detailed cases where his unarmed security teams had stopped human rights violations on board and during handover to local authorities and had personally contributed towards immediate funds for rescued seafarers being put ashore.

The welfare session chaired by Commodore Barry Bryant CVO RN, DG of Seafarers UK, saw Cadet Sarah Stevens, Royal Fleet Auxiliary speaking along with Lieutenant Commander Chris Wood RN of the Royal Navy’s Compass organisation on matters of diversity and inclusivity commented that there was “a serious lack of positive female role models” at sea, while Mr. Martin Foley, Chief Executive of the Apostleship of the Sea outlined the threats and opportunities to the welfare system, with threats including funding provisions, complacency and secularism.

Professor Neil Greenberg of Kings College London and March on Stress provided a dynamic insight into Trauma Risk Management and PTSD and stated that in terms of on-board self-help: “the impact of [good] junior leadership on decreasing the effects of PTSD is huge.”

A comprehensive brief on the English law review of anti-slavery and trafficking was delivered by Ms Parosha Chandran of 1 Pump Court chambers alongside detailed introductions by Mrs. Wendy Betts of the International Bar Association of the new evidence gathering app ‘eyeWitness’ that has been championed in the maritime space by Human Rights at Sea.

Abuses in the global ship-breaking yards were incisively highlighted by Miss Ingvild Jenssen from the NGO Shipbreaking Platform during which she quoted worrying statistics concerning deaths in yards, high rates of child labour and shipyards environmental impact in the inter-tidal zone and where she further challenged flag States actions. Ingvild was clear that: ”Human rights violations are crimes”.

Mr. Norman Schmiedl of Columbia Ship Management reflected the impacts on their crews particularly in relation to the rescue of migrants noting that: “those who are really rescuing do not have a voice – they are not recognised for their work”.

The CEO of St Kitts & Nevis International Ship Registry, Mr. Debasis Mazumdar, acknowledged that in his new role, having previously been the Head of the UK Ship Register, that he was changing and improving many aspects of his new flag administration. He noted that: “Human rights should be enjoyed by everyone” and that it was “the duty of the flag State to uphold human rights.” 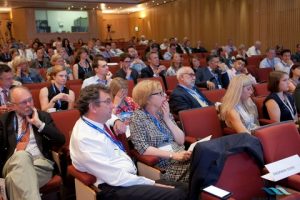 During the event the new ‘Managing Traumatic Stress’ publication from Professor Neil Greenberg of Kings College in collaboration with Human Rights at Sea published by The Nautical Institute was presented to the delegates, alongside the announcement of the forthcoming new Marlins e-learning course ‘Diversity and Inclusion at Sea’ for seafarers, again in partnership with Human Rights at Sea.

The event was closed by David Hammond, CEO Human Rights at Sea with a Call to Action that there should be “Application of human rights throughout the maritime environment at all times without exception”.

Professional footage of speaker’s sessions, interviews with delegates and conference photographs will be published in the forthcoming weeks on the Human Rights at Sea website www.humanrightsatsea.org