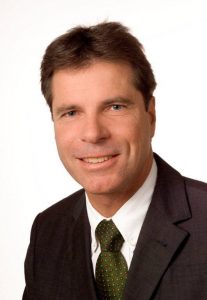 “Our industry is concerned that natural catastrophes, due to climate change, are occurring more often and with greater severity. Coupled with this, globalisation and the unrelenting growth of global trade is driving an increase in the value of goods being transported by sea and an increase in the quantity of goods being stored on ultra-large container ships, or in port terminals. These have the potential to create extremely large losses”.

“Recent marine losses have been very expensive for insurers and often an accumulation of multiple business lines occur which can include cargo losses, container losses, warehouse damage, destruction of automobiles, damage to pleasure craft and even fine art losses. At Tianjin, for example, around 68,000 cars were affected, i.e. a total loss or damaged, by a single explosion.”

Berg explained that when large marine losses were combined with property and other losses, there was a real concern that this might overwhelm insurance companies. He called on the industry to understand, clearly, their aggregate positions and to manage their exposures by carefully modelling their risk positions.

Ballast Water Management Convention is a step in the right direction