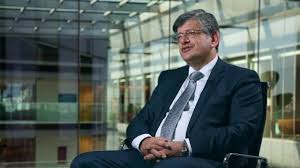 UK trade promotion body Maritime London has published an online booklet highlighting London’s pre-eminence as a centre of excellence for the resolution of international commercial and maritime disputes.

Launched at its AGM last week, The London Arbitration booklet has been produced by Maritime London and sponsored by the Admiralty Solicitors Group, with significant expert contributions from the London Maritime Arbitrators Association (LMAA) as well as law firms Holman Fenwick Willan LLP and Waltons & Morse LLP.

London is the currently venue of choice for the vast majority of international maritime arbitrations. In the five years from 2011 to 2015, it is estimated that approximately 17,650 appointments were made and in that same period, 3,000 awards were published by London maritime arbitrators. This however is undoubtedly a considerable underestimate since it only captures those in which full members of the LMAA participated as members of the tribunal and does not include those conducted by members of the Bar and others or LOF (Lloyd’s Open Forum) arbitrations.

The London Arbitration booklet lists a range of compelling reasons why international lawyers and their clients should conduct their legal business in London starting with the simple fact that English law is the most widely used “foreign” law selected in international commercial and particularly maritime contracts. English law is also based on the principle of freedom of contract, which enables arbitrators and courts to adopt the most commercial approach to give effect to the parties’ intentions.

London arbitration awards are enforceable in more than 160 countries which are parties to the New York Convention, and these include all the major trading nations. In addition, the ‘UK Maritime Cluster’ offers a large body of counsel, Bar and solicitors, experts and arbitrators who are world renowned for their legal, commercial and technical experience in maritime matters, likewise London’s Commercial Court Judges are unrivalled in their international quality and experience. Furthermore, cases conducted in London benefit from impartial arbitrators, confidentiality, speed and cost effective proceedings.

Maritime London vice chairman, and partner global head of transport, Norton Rose Fulbright LLP Harry Theochari said; “The pre-eminence of the City of London as the world’s leading maritime services cluster was reconfirmed by the recent PWC report which highlighted the fact that English Law is the preferred jurisdiction for commercial and shipping contracts. It must be that when these contracts give rise to disputes London, with its centuries old understanding and experience of maritime issues and a judiciary and arbitrators having the highest reputation for independence and integrity, must be the right forum.”

“The maritime arbitration services that London and the UK provide are a key factor in the continuing success of the Centre of Excellence that is the maritime services industry within the United Kingdom. The member firms of the ASG, with the support of their multi-national client base, have been and will continue to be key users of the arbitration services provided in the UK. The points highlighted in the online booklet published by Maritime London clearly showcase why London is and should remain a dispute resolution centre of choice for maritime disputes” added Mark Lloyd, partner at Waltons & Morse LLP

LMAA’s Honorary Secretary Daniella Horton concludes that; “London is the pre-eminent centre for international commercial arbitration, in particular international maritime arbitration, supported by the largest cluster of maritime expertise in the world. Some 90% of the world’s shipbuilding disputes and a significant proportion of all other types of maritime disputes including contracts for sale and purchase of ships, time and voyage charterparties, contracts of affreightment, agency and management agreements are referred to arbitration here in London, particularly on the terms of the London Maritime Arbitrators Association (LMAA). The LMAA is proud to have been at the heart of this maritime cluster since the Association was created by senior shipbrokers of the Baltic Exchange over 50 years ago and looks forward to maintaining a central role in London’s continued success as a world renowned international arbitration centre.”

The new booklet will be available from the Maritime London website where it can be downloaded as a pdf or accessed via the link to the ‘turning page’ edition just visit: www.maritimelondon.com/service/arbitration

It is anticipated that The London Arbitration booklet will be a valuable marketing tool for the London maritime legal profession, supporting the drive to attract more business and interest from prospective clients around the world.

The Markets and Geopolitics: a penny for your thoughts…