Indu Chitran: Must the innocent party accept repudiation to terminate a contract? 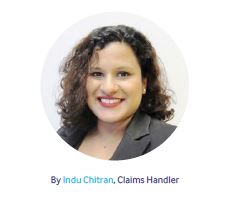 This question may seem simple enough to answer. Many would answer ‘yes’ as it is the traditional view that a contract is terminated on acceptance by the innocent party of the repudiation, and not before. However, the recent Court of Appeal judgment in MSC Mediterranean Shipping Company SA (‘MSC’) v Cottonex Ansalt (‘Cottonex’) has raised doubts on the limits of this long established principle: termination in some instances may be automatic.

MSC v Cottonex involved a demurrage dispute between a carrier, MSC, and a shipper, Cottonex. Between April and June 2011, the carrier contracted with the shipper to carry various parcels of cotton from Iran and the United Arab Emirates to Bangladesh. In doing so, the carrier discharged a total of 32 containers. The contracts of carriage – the Bills of Lading – allowed a 14 day period of free time for the use of the containers at the destination, after which demurrage accrued at a daily rate.

Following the collapse in the price of raw cotton, the receivers rejected the goods, did not take the delivery and commenced proceedings in Dhaka against the shippers disputing the date of the Bills of Lading. Meanwhile, the shipper, having obtained payment, considered that it had no right to deal with the goods as it no longer held title to those goods. The result is that no one was willing or able to take delivery of the goods which remained at the port under the control of custom authorities.

In February 2012, the parties explored settlement. The carrier proposed that the shipper buy the containers thereby discharging their obligation to be liable for continuing demurrage. Settlement negotiations failed and the carrier commenced proceedings for unpaid demurrage that continued to accrue in 2013. Neither the carrier nor the shipper terminated the contracts of carriage at any stage before commencement of the trial.

The question therefore is: Was there a frustrating delay which repudiated the contracts and if so, was the carrier bound to accept repudiation and therefore discharge the shipper of remaining obligations? In other words, can the contracts be terminated automatically by repudiation without the innocent party accepting the repudiation?

Both Moore-Bick and Tomlinson LJJ agreed that yes, frustrating delay did repudiate the contracts and the carrier was bound to accept the repudiation to discharge the shipper. The carrier was therefore entitled to damages for loss of the containers. However, they differed in how they arrived at this conclusion.

Moore-Bick LJ took the view that by February 2012, about eight months since discharge, the point had been reached where the commercial purpose of the adventure had been frustrated – commercially the containers had been lost. The carrier did not have the option of affirming the contracts (i.e. rejecting repudiation) as further performance had become impossible. It was as if the containers had been destroyed.

On the other hand, Tomlinson LJJ was of the view that this was not a situation where the carrier had a choice between:

Treating the remaining obligations as discharged, or
Affirming the contract in order to wait and see whether the shipper performed the contract when the time came.
Tomlinson LJ found that in this case, the contract became repudiated because it was no longer capable of performance – further performance in the context of the delay would be radically different from that which the parties originally agreed. The carrier does not have an option to hold the contract as subsisting when it is incapable of specific performance.

What was the outcome?

This is therefore an important judgment in which the Court of Appeal found that a contract can be automatically terminated by breach of contract in certain instances. It remains interesting to see how this case will be applied in the future. Will it be confined to its facts or will it be widely applied? Either way, there is little doubt that, pending some further clarification from the Courts, this argument will be canvassed aggressively by shippers impacted by the present economic downturn seeking to discharge onerous burdens.

For further information and insights regarding our LADC cover please visit: www.shipownersclub.com/ladc