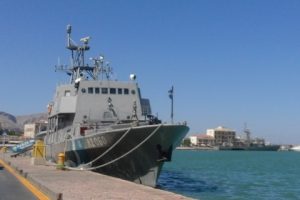 European shipowners are pleased with the recent launch of the European Border and Coast Guard Agency. ECSA supports the creation of this new Agency allowing efficient European border management as the merchant fleet has in the past years met increasingly demanding security and safety challenges in the Mediterranean Sea. The merchant ships have rescued thousands of people at sea despite great risks for the safety and security of the immigrants on board, crews and ships.

“The European Border and Coast Guard Agency will provide a missing link in strengthening Europe’s maritime borders. We believe that the increased sharing of coast guard capacities and information will certainly help to identify and respond to any potential security threats and indeed free merchant fleet from the rescue operations,” commented Patrick Verhoeven, ECSA Secretary General.

“Shipowners will always continue to live up to the legal and moral duty of helping people in distress at sea. However, merchant ships are neither built, nor equipped for these large-scale search and rescue operations. Seafarers are not trained for this, so both the migrants and the ships’ crew are exposed to security risks, health risks, tensions, physical strain and psychological impact. The rescue operations moreover include serious concerns with regard to responsibilities in cases of accidents, deaths, maritime pollution, disease as well as the safe disembarkation of immigrants. The fact that there will better cooperation and support from Member States thanks to the support of the new Agency is particularly welcomed”, he concluded.

The cooperation between the EU’s three competent agencies will be strengthened, namely the European Maritime Safety Agency, the European Fisheries Control Agency, and Frontex. It will allow the agencies, each within their mandate, to better support authorities carrying out coast guard functions at national, European and, where appropriate, international level. This will be done in many ways, including: sharing and fusing data from ship reporting systems and other relevant systems; providing surveillance and communication services, including space and ground-based infrastructure; establishing best practices and training staff; exchanging information on coast guard functions and analysing operational challenges and emerging risks in the maritime domain and engaging in multipurpose operations.

Just what authority and responsibility does the Master have when he is under attack?