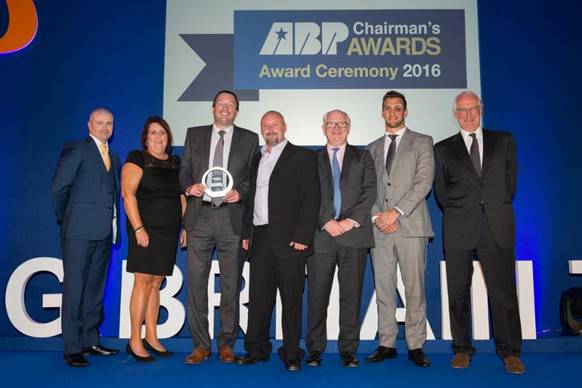 Staff from ABP’s ports of Hull, Goole, Grimsby and Immingham were honoured by their peers when Humber teams swept the board at the company’s recent Chairman’s Awards.

The annual awards were launched in 2015 and are organised to recognised the efforts of staff in the following areas:

Humber projects were shortlisted for seven of the eight categories, going up against sister ports from across ABP’s portfolio. Teams from the Humber took the following categories:

She said: “This event is a wonderful way of bringing many ABP staff to one place to celebrate their achievements together and it really is an enjoyable night.

“It’s fantastic to win an award with my colleagues and I’m very proud to be taking a prize home, but it’s also great to see what’s going on around the group and recognise the efforts of colleagues from across the UK.

“I’m enormously proud of my Humber colleagues taking four of the eight awards available, and I’m pleased to say the results are a true reflection of the hard work and dedication displayed by them on a regular basis.

“This is a fantastic night for ABP, where we can all acknowledge group and individual effort and celebrate a highly skilled workforce that makes a huge difference to the communities in which it works and to UK PLC.”