Three major projects co-financed by the European Union’s Connecting Europe Facility -all dealing with the potential of Liquefied Natural Gas (LNG) as a fuel for the future in the Mediterranean- convened recently at the Venice Port Authority, concurring that there is technology in place that can make LNG both feasible and commercially viable in meeting current and future demands and challenges.

The meeting, which took place on 13th October 2016, was hosted within the framework of a dissemination workshop organised by Poseidon Med II, a practical roadmap aiming to bring about the wide adoption of LNG as a safe, environmentally efficient and viable alternative fuel for shipping in the East Mediterranean. 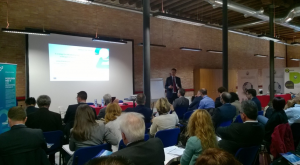 Poseidon Med II partners were joined by representatives from the CoreLNG as Hive (Mr Fernando Impuesto Nogueras, Technical and Commercial Director Enagas) and GAINN4MOS (Ms Eva Perez, Transport Economics Director, Fundación Valencia port), along with EU delegates, local stakeholders from the marine and energy sectors, port authority representatives and ship-owners, in undertaking an analysis of the Strengths, Weaknesses, Opportunities and Threats (SWOT) for LNG, with the aim of developing a common understanding of all aspects of its use as marine fuel of the future for the Mediterranean.

Despite the obstacles -including high investment costs for shipping and port infrastructure, the current status of oil prices, as well as gaps in the regulatory framework- participants underlined that LNG holds great potential to build a greener profile for the shipping industry, increase operational efficiency, while also reducing its environmental footprint. The critical step however, is not the technology itself but its adoption through legislation, training and financial incentives. 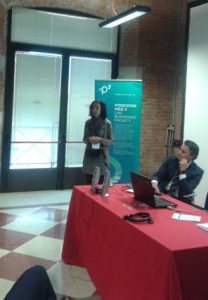 All participants concluded that such cross-regional initiatives and collaboration among key projects and players in the Mediterranean region are key in addressing these challenges, and through information exchange and synergy creation, to enable the Mediterranean to set sails towards a strong LNG era.