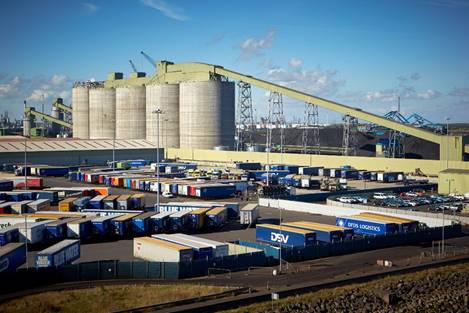 ABP’s Humber ports of Hull, Goole, Grimsby and Immingham have been collectively shortlisted for the North of England Transport Awards.

The ports, which were entered as a complex, were nominated for the Seaport of the Year Award and will compete against PD Ports’ Port of Liverpool at the awards ceremony, which will be held at the Midland Hotel in Manchester in December.

The inaugural North of England Transport Awards have been organised by Transport Times magazine to bring the industry together to celebrate its achievements in providing efficient, high-quality transport services across the region and to encourage innovation to promote best practice throughout the north of England.

The Humber ports have been shortlisted for the innovative approach taken by ABP in responding to market demands and the needs of its customers.

ABP Director Humber, Simon Bird said: “We felt the Humber ports as a complex were worthy of nomination for the North of England Transport Awards due to the levels of investment and innovation that are currently taking place within our operations.

“Projects such as Immingham Renewable Fuels Terminal and the Alexandra Dock development in Hull are truly pioneering enterprises and represent significant investment in vital national infrastructure, which help us contribute over £2 billion to the UK economy and support 23,000 jobs in the region.

“We’re delighted to have made the shortlist and we’re looking forward to seeing the winners revealed in December.”

A spokesperson for the Northern Transport Awards judging panel said: “We received over 100 entries from right across the North of the country. The quality of entries was extremely high resulting in fierce competition for a place on the shortlist and we congratulate those who will be competing for awards on the 7th December.”