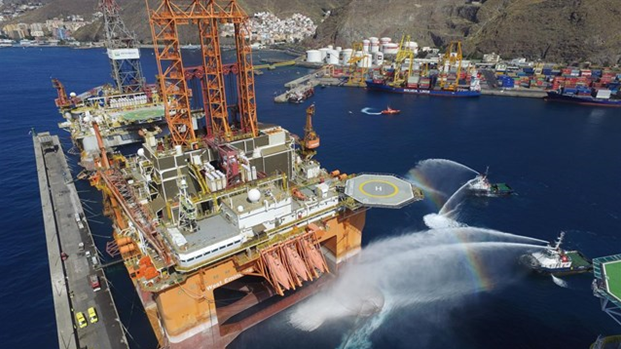 The oil platform West Eminence during the drill

The exercise took place in the port of Tenerife, involving the rig WEST EMINENCE, consisting of a fire simulation, with subsequent rupture of a fuel tank causing a pollutant spill.

At the Crisis Center of the Port Authority of Tenerife during the drill.

The drill was developed with remarkable success, highlighting the perfect coordination between the entities involved and between the authorities present in the Crisis Center of the Port Authority of Tenerife.