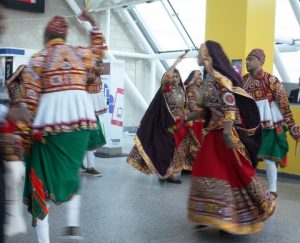 India is fêting “cruise tourism” as an exciting emerging area, delegates to the World Travel Market 2016 have been told in London.

Vinod Zutshi, Indian government secretary for tourism, told a press conference that the aim was to make better use of the country’s 7,500km coastline.

Delhi was keen to support both domestic river cruising and international cruise operations. It was on the verge of appointing a world-class consultant to run a “road map” on what had to be done to get the right infrastructure for cruise tourism, in terms of berths and terminals and more.

For cruise tourism projects, there will be government grants of 25% up to a maximum of the equivalent of some $8m.

Mr Zutshi said that the country’s new efficient visa application system would be extended from airports to seaports such as Mumbai, Goa, Kochi and Chennai so that passengers could disembark with minimum formalities.

The port of Kochi (formerly Cochin) in Kerala has greeted calls a short time ago by two of the world’s largest cruiseships, Royal Caribbean’s 4,000 passenger Quantum of the Seas and Ovation of the Seas. The latter made a two-day stopover on its voyage Dubai-Muscat-Kochi-Penang-Singapore.
Mr Zutshi said the policy was to make it easier in general to travel to India. This was being done through expanding the Electronic Tourist Visa (eTV) scheme introduced a year earlier, which has further boosted tourist arrivals, he claimed. The visa facility is available for nationals of 150 countries including Visa on Arrival for Japan. Visa validity is being doubled to 60 days.

Mr Zutshi said that India was 14th country in the world in terms of tourism receipts. Leading source markets at present were the US, Bangladesh UK, Canada, Malaysia, Sri Lanka, Australia and Japan, and “domestic tourism is booming.” There was 13.4% growth in foreign tourist arrivals in September 2016 over the same month in 2015.

Mr Zutshi later said that responsible tourism is being embedded into official tourism policies. It was important to ensure that destinations were not over-touristed, adding that India is looking at adopting the principle of ‘polluter pays’ for the industry. 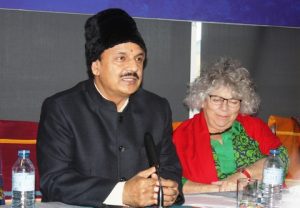 He outlined plans to tackle issues of safety and cleanliness, and to give weight to niche areas such as golf, and meetings, incentives and conferences.

The minister of state tourism in India, Dr Mahesh Sharma, said that Prime Minister Narendra Modi was concerned to take tourism to new heights. He too said India wanted to make the most of its 7,500 km of coastline, and listed other areas for tourist prominence, including wildlife, the backwaters of Kerala, and the unexploited northeast of the country. In the last 18 months, the government had invested more than $400m in developing tourism infrastructure.

A physician by profession, Dr Sharma stressed the importance of medical tourism and said that visitors could order surgical operations at short notice so that they were attended shortly after landing in India. 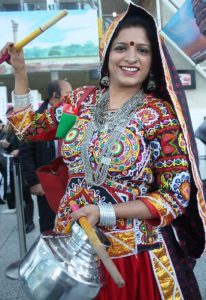 He said that the new toll-free information and help-line open round the clock would be a boon for tourists while they were in India. “We are trying to address all your issues,” said the minister.

Television and film actor Miriam Margolyes lent her support to India’s WTM campaign. She said that her father was a doctor in Oxford for staff of Indian restaurant, “and the food was what started me off loving India. She appreciated the delicious food and fine people, especially “the women of India, who are extraordinary.”

‘Incredible India’ was official premier partner for the London event, said to be the world’s biggest tourism business fair, and an Indian dance troupe entertained at the opening ceremony.