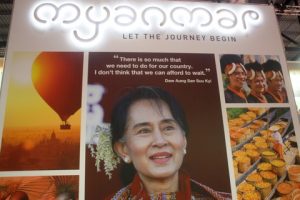 Myanmar, seen by travel operators as one of the world’s most promising tourist magnets, attracted more than 5m international visitors in 2015. Hardly any of them got as far as the hilly eastern state of Kayah, but that is set to change in a modest and measured way.

The little-visited region was launched as a ‘new’ destination – the sort of thing that customers everywhere are eagerly seeking out these days – at the World Travel Market 2016 in London.

Travel trade professionals were apprised that Kayah state, which is now accessible by air and road, is keen to receive visitors, having only recently opened up. 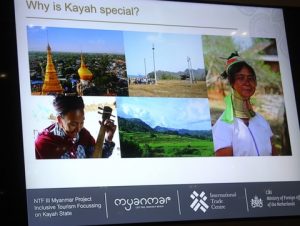 Closed for more than 50 years, the region is now described as “one of southeast Asia’s last frontiers for inspiring, authentic travel.” Apart from the logistical difficulties, the area was the scene for six years of clashes involving armed groups claiming to represent minorities. A peace process is now in place, with four meetings – including one gathering of 800 representatives in September 2016 – already having taken place, and the first phase of negotiations cementing trust and co-operation expected to be completed by the end of March 2017.

This is said to have created a calm and totally safe environment for visitors to enjoy the natural landscape and ethnic diversity of Kayah. They will be offered an insight into the markets and crafts of the state capital Loikaw, the activities of authentic local villages and see traditional ways of life. Villagers are being trained as guides to introduce their customs, dress, crafts including weaving, trails and food. Kayah, 500 km from the capital Yangon, is Myanmar’s smallest and least populous state and one of the most culturally diverse.

Political changes symbolised by the assumption of power by Aung San Suu Kyi have spurred interest in travel beyond the usual highlights of the country – especially for the 50- and 60-year-olds “who have already seen it all” – the capital Yangon; Bagan with its more than 3,000 temples and stupas; cruising along the Irrawaddy River; the colonial era atmosphere of Mandalay; and the beauty of Inle Lake. Kayah is south of the lake – six hours by boat and one hour by road (or for those in a hurry a one-hour flight from Yangon) – and at the Thai northern border and fairly near Thai tourist hotspots such as Chiang Mai.

The new Myanmar minister of hotels and tourism, His Excellency Ohn Maung, officially launched the destination initiative during the World Travel Market. A former hotelier, Mr Maung has extended new vocational training courses across the country. He stressed the benefits of tourism including its role in helping educate the people.

The tourism push – with the stated aim of being effected with minimum disruption, and respecting local culture and the environment – is the result of a collaboration since 2014 between the International Trade Centre , in partnership with the Myanmar Ministry of Hotels and Tourism, and Myanmar Tourism Marketing.  ITC is a joint agency of the World Trade Organization and the United Nations to assist small and medium-sized enterprises in emerging economies to become more competitive in global markets.

Pascal Kho Twe, a Myanmar author and consultant preparing the communities of Kayah for the tourism market, said that working closely with local businesses and citizens would help create jobs and income for the most vulnerable people. He spoke of the nine tribes of the state, including Kayah (Karen), Kayan (Padaung) and Kayin. The Padaung women were instantly recognisable as they wore bright, brass neck coils – his grandmother’s rings were 14 inches high “and rose to her head as though they were supporting a pagoda.” The practice of adorning the neck in this way is dying out, but some women continue with it. 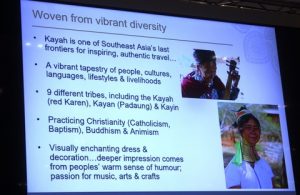 Mr Kho Twe said that tourists would meet Christians, Buddhists and animists on their travels, seeing the totem poles that were 10 times the height of a person, that adherents to the last-named religious belief had erected.

The writer, who grew up among the ethnic minority in neighbouring Shan state, is known for his autobiographical works including a memoir of childhood and escape from the military dictatorship that was in power up to 2011.

Marie-Claude Frauenrath, senior trade promotion officer with ITC, said that tourism, which accounted for 30% of the total exports of Myanmar, had strong potential but it was important to pursue it in a sensitive way. Ms Frauenrath has during her career managed many trade assistance projects in Africa, Asia and Latin America.

Peter Richards, a British national based in Thailand, a consultant and specialist in responsible tourism management, said that community-based tourism as fostered in Kayah state “is a perfect add-on to any culture-oriented tour or as an innovative day excursion for resort tourists.” Myanmar is seen as a year-round destination, and as most pleasant in the dry season from October to February.

ITC’s Inclusive Tourism project in Myanmar is being put into practice with the important support of the Netherlands Centre for the Promotion of Imports from developing countries (CBT), an implementing agency of the Dutch ministry of foreign affairs. It is said that local craftsmen and women, and food producers will benefit from training on quality, design, packaging and sanitary measures. 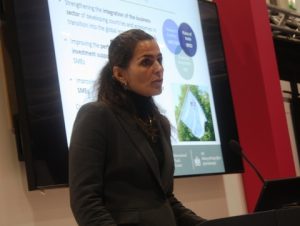 Tour operators will be encouraged to ensure that their businesses meet the international standards expected by visiting tourists. The project includes training sessions for 25 inbound tour operators to help familiarise them with European and Asian markets, and to enable them to acquire practical skills on export marketing, promotion and management.
Staff members of the Yangon-based Union of Myanmar Travel Association and Myanmar Tourism Marketing are being trained in how to coach their compatriots.

ITC will facilitate the promotion of Kayah State at trade fairs and other events, linking up tourism businesses in Myanmar with outside tour operators who may add Kayah state to their itineraries. The plan is to extend the scheme to other selected areas of Myanmar. 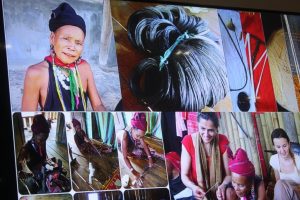 BDI’s four digit and geopolitical uncertainty to be watched…