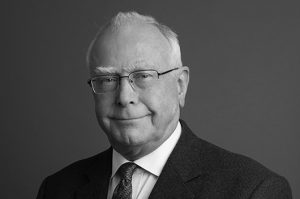 Shipping can’t afford to ignore the biggest event of the 21st Century on China’s One Belt One Road policy, says Ince & Co

Singapore, 15 November 2016: China’s ‘One Belt One Road’ (OBOR) policy is set to redefine trade patterns between Asia and Europe, with seismic repercussions for the maritime industry, according to international law firm Ince & Co.

The US$1.2 trillion OBOR project refers to two interlinked concepts: the Silk Road Economic Belt (the “Belt”), an overland network connecting China to Europe and the Middle East through Central Asia and Russia, and the 21st Century Maritime Silk Road (the “Road”), a maritime route connecting ports in Asia, Africa and the Mediterranean.

“China plans to negotiate free-trade agreements with 65 countries. Up to now it has signed 12 free-trade agreements and a further nine are currently under negotiation. Given the sheer scale and ambition of OBOR, it is not surprising that it has been referred to as China’s Marshall Plan. However, OBOR shouldn’t be considered a single project. It comprises many important infrastructure, technological and financial developments. The long term effect of the Belt and Road initiative will be to forge links between sectors in the global economies, with the net effect of boosting trade volumes.”

Such investments are also designed to capture the demand of Asia’s rapidly growing middle class. By 2030 it is estimated that 66% of the global middle class will live in Asia and will represent the bulk of global purchasing power.

OBOR will have a particularly significant impact on the shipping industry, driven by substantial Chinese investment in maritime infrastructure, as Beaves explains:

“The Maritime Silk Road will have a profound effect on the shipping industry. The Chinese have loaned considerable sums since OBOR was agreed. 67 overseas loan commitments have been put in place and many are along important sea routes, from Asia to Africa and Europe, reinforcing Beijing’s maritime ambitions.

“The goal of the Maritime Silk Road is to diversify China’s trade routes, increasing market access to Europe and the US through the Suez Canal. China is investing heavily in port infrastructure and we have seen examples in strategically chosen ports like Piraeus and Colombo, with expanded facilities and modernised technology to lower handling costs.”

Encompassing 65 countries, 60% of the world’s population and a collective GDP equivalent to 33% of the world’s economy, the level of investment planned by OBOR will also require a sound legal framework that embraces regulatory requirements, cultural considerations and dispute resolution. Beaves adds:

“Disputes inevitably follow when trading and shipping activities increase and it seems clear that OBOR will present legal challenges, as well as opportunities. For example, the development of multilateral co-ordination on freedom of navigation is essential, as is a framework that can cut across all 36 countries on the Maritime Road.

On progress towards this framework, David Beaves praised the efforts of the Chinese government: “To achieve what China is trying to achieve across such a diverse set of nations is no small undertaking. Every indication so far has been that the Chinese government is exerting a proactive and prepared effort, and is making good on its promises of a ‘choir’ effort towards OBOR.”

While the US remains wary of OBOR, Europe seems increasingly willing to embrace the initiative. China is the EU’s second largest trading partner and there are already Yuan clearing banks in Europe’s major financial centres. The UK, Germany, France and Italy were also founding members of The Asian Infrastructure Investment Bank, established by China to support the building of infrastructure projects in the Asia-Pacific region.

However, Beaves believes that although there is a reasonable level of awareness of OBOR, it is far from being properly understood:

“OBOR has been heard about worldwide, but understanding outside of Asia is very low. In particular, the European shipping industry can’t afford to ignore the biggest event of the 21st Century. Europe should not view OBOR as some giant leap forward, but as one in a series of steps aimed at fostering closer engagement. China’s economy is too big and too deeply integrated with the rest of the world to be ignored or misunderstood in this way. We all need to be better informed about OBOR if we are to seize the commercial opportunities that it presents.”