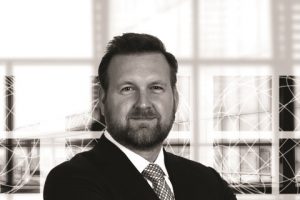 Oslo is widely recognised as the hub of Norwegian shipping and a crucial centre for Maritime trade in Europe. As such, the opening of a second Norwegian office under the Glander International Bunkering name is the natural next step for the group, giving them access to new market segments in the shipping industry.

The Glander International Bunkering group will capitalise on Andreas’ varied professional accomplishments, in order to bring a universal and well-rounded perspective to the Oslo office. Andreas was previously employed by another industry player working most recently as Trading Manager in their Scandinavian office. Prior to this he held varying roles within the shipping industry, including Project Broker and Commercial Director. His diverse industry awareness is further complemented by his cultural adaptability and impressive language skills. As a result of the many countries he has lived in, including but not limited to; Canada, Norway, Germany, UK, Hong Kong, Spain and Dubai, Andreas is fluent in English, Norwegian and German. 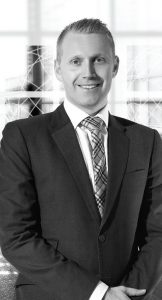 “In our continued efforts to strengthen and expand the Glander International Bunkering brand internationally it is imperative that the correct people are appointed to lead the team regionally. It is with great pride that I announce the hire of Andreas Maierhofer as General Manager of the new Oslo office. The quality and range of his experiences will allow the group to get closer to certain clients and be nearer to new market segments. With Andreas’ broad skill set, it is an exciting time for Glander International Bunkering (Norway) AS.”

“In order for Glander International Bunkering (Norway) AS to improve its presence in the global and Norwegian markets – it requires strategically positioned teams. Andreas’ adaptable skill set makes him a much sought after key industry player, and we are excited to hire him as General Manager of the new Oslo office.”

Initially established in 1961, Glander International Bunkering is one of the largest and most respected bunker trading and brokering firms in the world. Serving over a thousand clients in all major ports, the company is known for its integrity, professionalism and enduring business relationships. Stemming from one of the oldest shipping companies in the world, Glander International Bunkering is an expert in assisting clients with purchasing the highest quality products in a cost-effective manner.

Serving you 24 hours a day, 7 days a week, through a global network of offices and associates, Glander International Bunkering is your partner in success.

Market volatility at its best; chaotic geopolitics ahead yet again…