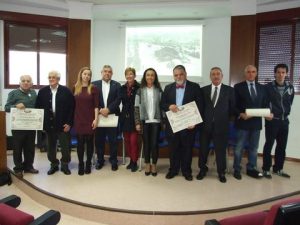 The awarded and their sponsors with Mrs. María Ramallo, Mayor of Marín

The awards ceremony took place in an emotive act in which the biographical notes were read and the corresponding diplomas were presented.

The surprises did not stop because the City Hall of Marin and, from the distance, the Galician Center of Tenerife and the Port Authority of Tenerife sent gifts that were also presented to the IMO Maritime Ambassador. 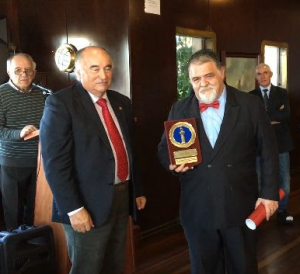 Capt. Francisco Freire, President of OP ANACEF, presented the “Lighthouse of the sea”, sent by the Port Authority of Tenerife

Through the FACENDO HISTORIA Awards, it is intended to give affection and recognition to the Marinenses who are doing -or have made history through the times- promoting and spreading their land, linking the name of Marin to their personal, professional, business, intellectual, sports, cultural and even political trajectory; and reward those groups, companies or public or private entities that are engaged and involved in the social and economic development of Marin.

Finally, all present posed together in front of the City Hall of Marín and, later, enjoyed together in a banquet at the Sea Club of Aguete. 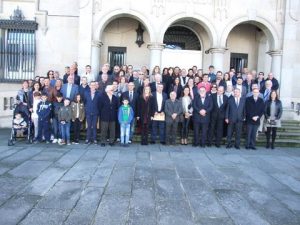