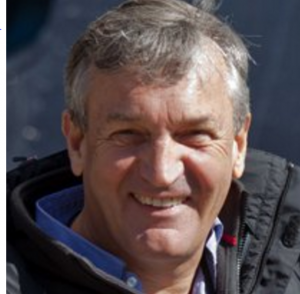 Subsea Industries has strengthened its presence in the UK’s maritime and renewable energy sectors with the appointment of coatings specialist Mark Woods as its UK-based technical representative.

The opening up of a dedicated marine and offshore coatings office in the UK forms part of Subsea Industries’ wider growth strategy to meet increased demand for the company’s award-winning non-toxic hard coatings.

Mark will head up Chelmsford-based Subsea Industries UK, with responsibility for sales growth across the company’s complete portfolio of marine coatings. However, the company is actively recruiting sales representatives for other locations.

Boud Van Rompay, Subsea Industries’ founder and CEO, said: “Subsea Industries is in expansive mode at the moment and we are recruiting for a number of sales professionals with coatings industry experience. Mark’s appointment, together with the opening up of a new UK sales office, is the first in a series of appointments we want to make for new offices planned for various locations around the world.”

Commenting on the UK market, Manuel Hof, Subsea Industries’ production executive and NACE inspector, said: “A resurgent shipbuilding industry and developments in offshore wind farms are resulting in increased interest for our range of hard-type marine coatings. Mark, with the wealth of marine and offshore coatings experience he brings, will play a pivotal role in helping us strengthen our presence in these market segments.”

Mark Woods, Account Manager, Subsea Industries UK, said: “I am delighted to join the Subsea Industries team and look forward to leveraging the relationship the company already has with its UK customers. With the opening up of a UK office, Subsea Industries is in prime position to meet anticipated demand and better facilitate new and existing customers’ requirements.”

“Our core Ecospeed product has proven itself across the marine industry and we now hope to emulate that success with Ecolast, a UV-resistant derivative of Ecospeed, specifically formulated to protect wind turbines towers from corrosion and to provide colour stability,” said Mark.

“The UK is one of the world’s leading investors in renewable energy, with wind power its second largest energy source. There are already more than 300 commercial wind farms in operation and this is set to increase now the UK government has given the go-ahead to the 300-turbine Hornsea project. All of these turbine towers would benefit immensely from the Ecolast coating.”

His first role in the coatings industry was with Leigh’s Paints, now part of Sherwin-Williams. He was then appointed Middle East sales representative for Hempel after which he moved to Akzo Nobel’s International Paint division in Dubai, specialising in coatings for the oil and gas and, later, aerospace sectors. During this time he qualified as a NACE Level 2 Coatings Inspector.