International accountant and shipping adviser Moore Stephens says the Autumn Statement from the UK Chancellor of the Exchequer should provide stability for UK businesses.

Moore Stephens tax partner Sue Bill says, “While there are no new developments relating specifically to the shipping industry, there are a number of items worthy of note. It was confirmed that the corporation tax rate will be 17% from April 2020, and will not be further reduced. Rules will be introduced to limit the tax deduction that large groups can claim for interest expenses from April 2017.  These will apply where a group has net interest expenses of more than £2 million, where these expenses exceed 30% of UK taxable earnings, and where the group’s net interest earnings ratio in the UK exceeds that of the worldwide group.”

Corporation tax loss relief rules will also be changed with effect from April 2017, with the result that the amount of profit that can be offset by carried-forward losses will be restricted to 50% after a £5 million allowance. There will be greater flexibility, however, with regard to the types of profit that can be relieved by tax losses brought forward.

For the oil and gas sector, the process to opt a field out of Petroleum Revenue Tax, which is now at a rate of 0%, has been simplified in order to reduce administrative costs. 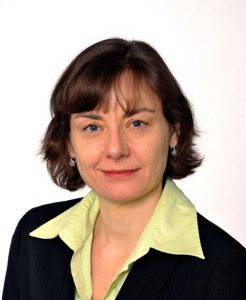 Others measures announced in the Autumn Statement include confirmation of reforms to the Substantial Shareholdings Exemption (SSE) rules, the introduction of further incentives to encourage research and development, and a review of the rules relating to the taxation of benefits in kind.  The government has also reiterated its commitment to reduce offshore tax evasion and aggressive tax avoidance schemes.

Sue Bill says, “The Autumn Statement appears to place the emphasis on stability for UK business which, given recent events, would seem to be good news, not least for the shipping sector. “

l Moore Stephens LLP is noted for a number of industry specialisations and is widely acknowledged as a leading shipping, offshore maritime and transport & logistics adviser. Moore Stephens LLP is a member firm of Moore Stephens International Limited, one of the world’s leading accounting and consulting associations, with 657 offices of independent member firms in 106 countries, employing 27,613 people and generating revenues in 2015 of $2.7 billion. www.moorestephens.co.uk