The legal position across jurisdictions following the collapse of OW Bunkers 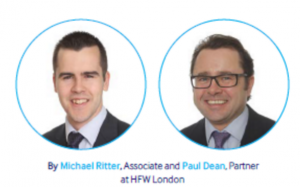 The collapse of OW Bunkers led to numerous law suits and arrests across the globe as owners faced competing claims from both the physical bunker suppliers and ING as the liquidator for OW Bunkers.

In the immediate aftermath the legal position varied greatly from jurisdiction to jurisdiction. However, now the dust has settled, following the Res Cognitans Supreme Court decision of 11 May 2016, we reflect on the UK’s position and that of many other maritime jurisdictions.

i) that the Owners’ contract with OW Bunkers was not a sale within Section 2 of the Sales of Goods Act 1979, so the Owners had no defence to OW/ING’s claim for the price under Section 49 SGA 1979. In reaching this decision the Court focused on the fact that the OW/Owners contract gave the Owners liberty to consume the bunkers without acquiring property in or having paid for them.

ii) there is no implied term in the OW/Owners contract that OW Bunkers must promptly pay their physical supplier. The only obligation on OW Bunkers was to have a legal entitlement to give permission for use of the bunkers prior to payment.

iii) even if the contract had been one of sale and not sui generis (i.e. not a contract with features which made it distinct/unique from standard sales contracts), on the facts, Section 49 SGA 1979 would not have prevented OW/ING’s claim for the price succeeding.

As a result, Owners will have to treat any claim from ING/OW Bunkers akin to a debt claim, to be paid on presentation.

We recommend Owners review their existing contract wordings to make clear that should their direct counterpart become insolvent, in the bunker supply context or otherwise, that payment to the party down the chain (e.g. the physical supplier) shall be permitted and discharge the debt to the insolvent party.

This is particularly pertinent in light of the information that follows which demonstrates that a payment to the insolvent contracting party may not – in all jurisdictions – protect Owners against claims from the physical supplier.

The following pages provide an overview of the legal position of a number of maritime jurisdictions in relation to the Res CognitansSupreme Court decision:

The Club would like to thank Michael Ritter, Associate and Paul Dean, Partner at HFW London for contributing this article.

Friend of the Sea in Lima announces its lead in sustainable fishmeal, fish oil and seafood certification in Peru