Accumulation management: does it matter to a marine insurer? 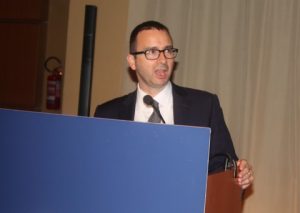 Accumulation management: does it matter to a marine insurer?

Accumulation concerns in insurance are building for the future, Richard Turner, global marine director of RSA, told the 2016 conference of the International Union of Marine Insurance.

The phenomenon is about more than the major elemental and man-made losses that grab the media headlines, Mr Turner said in his presentation during the IUMI president’s workshop, which focused heavily on the lessons of the August 2015 Tianjin port explosion which cost many lives and caused extensive damage to property and automobiles and containers in storage.

In the face of such challenges to the way their portfolios of business are built, insurers can make a real difference to their accumulation experience, insisted Mr Turner.

Risk models were getting better and better, and insurers had the opportunity to go much further with them. Models were a key part of the answer, “but they are not the only tool. The world is changing around us – that means the nature of marine accumulation is changing too.”

The RSA marine director cited the definition of accumulation as stated by the International Risk Management Institute: “the total combined risks that could be involved in a single loss event (involving one or more insured perils).”

Data remained one of the biggest challenges in cargo modelling, “The capability of tools and models are arguably ahead of the data available.”

He questioned whether the marine market lagged behind the wider property market. He said that some progress had been made in port exposure distribution, and the ’electronification’ of data meant there was huge potential for future product development.

“Models are a tool to aid underwriting; blending the ‘art’ and the ‘science’ is key. Risk models are only as good as the information you receive (or require…),” said Mr Turner.

He presented some big questions. Are the types of accumulation risk changing? What about crewless ships? Who buys the insurance cover? What happens if there is a fault or other problem across common ships?

With respect to cyber risk, Mr Turner quoted Aron Sørensen, chief maritime technical officer of BIMCO, as saying: “Ships are vulnerable to cyber-attack… What happens if a common cyber issue affects a multitude of ships?” The RSA executive warned: “Cyber risk can turn out to be one of the biggest aggregation issues of all.”

IUMI president Dieter Berg commented: “Portfolio transparency is vital for our business. We have to know the exposure and to capture data.  We have to co-operate more closely with our clients to figure out what cargo is in transit and where it is stored. The use of specific marine models will help us in getting a much better grip.”

Mr Berg said that climate change would result in increasing catastrophe losses [in mid-November 2016, the World Meteorological Organization said that man-made climate change was contributing to an increase in extreme weather, and 2016 was on course to be the hottest year on record], and globalisation meant an increase in the quality of the goods being stored.

The market had been hit hard by accumulation typified by Tianjin. “If these financial losses grow, there is a real threat for the financial stability of insurance companies. That will be a surprise, and our bosses hate surprises.”

Mr Berg was nevertheless confident: “We can use big data very efficiently in the future.”

In a short address, Mikkel Andersen, senior assessor and analyst with Survey Association, Copenhagen, considered whether big data could be “a deception or a leverage in decision making.”

Mr Andersen, a master mariner, said that volume was exemplified by the thousands of sensors in an aircraft. Velocity – how quickly is data changing – in some industries it is changing per millisecond.  Variety refers to the formats in which it is stored.  Veracity – the trustworthiness of the data.

Behind the Pokemon Go game was “big data, big time.”

“It is not about getting big insight.  You may get big insight but you need to know the data. You should be sceptical about the information on the data you have: the leverage all depends on your knowledge about your data.”