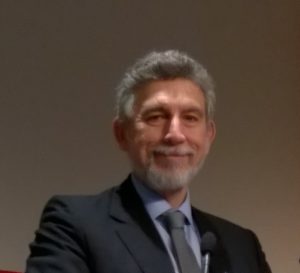 A great day is coming up for Nicolas Bornozis and his Capital Link team!

An International Summit On Greece in New York Featuring Top US Investors, Global Investment Banks & Institutions and the Greek Government

Extroversion and direct communication with the global financial, business and investment community are necessary in order to attract foreign investments and put the Greek economy back to a growth trajectory.  In this context, for the 18th year in a row, the Capital Annual Invest in Greece Forum will take place in New York City on Monday December 12, 2016.

The Annual Capital Link Forum is the only high level International Forum focusing on Investing in Greece taking place in New York. It has 18-year track record of success gathering the elite of the financial and investment communities, as well business and government leaders from the United States and Greece.

The Forum is held every year irrespective of political changes and economic conditions in Greece and has been established as the main platform through which U.S. investors are informed of the current developments and outlook of the Greek economy and the investments and business opportunities. It provides the point of view of the government and the private sector, as well as of domestic and international investors.

The Ambassador of Greece to the USA, Hon. Haris Lalacos will provide opening remarks for the Forum which is organized by Capital Link in cooperation with the New York Stock Exchange and with the support of major global banks, featuring this year:

As in previous years, the Forum will provide delegates with unique networking opportunities through more than 150 one-to-one meetings with listed and unlisted companies, as well as, with members of the Greek government delegation.

Also Hon. Elena Kountoura, Minister of Tourism of the Hellenic Republic besides her participation in the panel discussion “Investment Opportunities in Tourism & Hospitality”, is also hosting private meetings with representatives from the Educational Institutions, the Jewish Community, the Tour Operators and the Film Industry to discuss ways of collaboration.

More than 1,000 delegates have currently signed up for the Forum.

The conference will feature the developments and reforms in the Greek economy and the Greek government programme for the economy and investments. Also, the latest trends in the capital markets and specific sectors  with topics such as Government and Corporate Bonds, energy, infrastructure development, real estate, tourism, banking, non-performing loans management, and global shipping.

Citi and Tsakos Energy Navigation are Lead Sponsors of the Forum for eighth years in a row.

The “2016 Hellenic Capital Link Leadership Award” will be presented to Mr. Wilbur Ross, Chairman & CEO of WL Ross & Co for his outstanding contribution to Greece, during an official dinner at The New York Yacht Club on Monday December 12th, 2016.

The Dinner is sponsored by EY

With its headquarters in New York and presence in London, Athens and Oslo, Capital Link has been active since 1995 in the field of Investor Relations and Financial Communication. It also organizes annually in New York, London, Athens, Limassol and Shanghai a series of Investment Forums focusing on its main activity fields (www.capitallinkforum.com).

Capital Link’s efforts have been recognized by the 2011 Greek Shipping Lloyds Awards and in 2012 and 2013 the by Intercontinental Finance Magazine. Mr. Nicolas Bornozis has been personally honored for his relentless, efficient and highly effective efforts to promote Greece and Greek Shipping abroad and among the international investment community by the International Propeller Club of the United States and the AHI-American Hellenic Institute.