In a digital age, Admiralty procedures should not remain unscrutinised and unchallenged 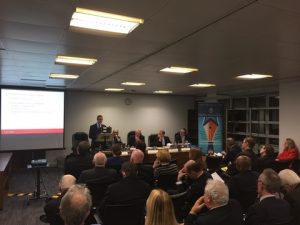 Admiralty procedures which did not sufficiently acknowledge the part played by digital aids in litigation came under the microscope at a London Shipping Law Centre Seminar in London on November 30th—-particularly “errors, anomalies and changes of course.”

In its presentations document, the Centre acknowledged the high status of the Admiralty Court in London and the extent to which its rules and procedures have evolved to serve a changing maritime industry. However, it was not desirable that rules should stand  “unscrutinised and unchallenged” for long periods.

Darryl Kennard, of Thomas Cooper, focused on the range and accuracy of information about shipping incidents available from digital sources. In pre-digital circumstances, evidence had depended strongly on personal recollection, which was variously of limited reliability. There was “latitude for mischief and creativity.” The statement of case attempted to pin down each party’s narrative of the collision before seeing the other side’s case. Witness evidence was usually crafted carefully to leave room for manoeuvre. Judgements were primarily concerned with determining fact, and less with apportioning liability.

However, the MSC Prestige-Samco Europe investigation had taken advantage of publicly available AIS data, VDR recording and ECDIS. These provided significant context for master and crew statements. The authority and reliability of digital evidence had facilitated the exchange of information between contending parties, particularly witness statements and VHF and other recordings.

There had been extensive recorded conversations between the MSC Prestige and Samco Europe prior to collision. These had revealed apparent confusion as to whether the courses plotted to avoid collision should have been altered to port or starboard.

Mr. Kennard concluded that events could now be reconstructed forensically with precision; that navigation could be assessed objectively; and that essential facts could be agreed between the parties. Collision investigation had become “a science rather than an art.”

Digital aids pointed to the need to update court procedures  which, in turn, would help to keep England “as the preferred jurisdiction for dealing with collisions.”

Dr. Neil Baines, Managing Director of Avenca, surveyed the burgeoning range of electronic sources of data, including voyage data recorders, AIS transponders, electronic chart and display information systems and vessel traffic management systems. The immediate questions for owners were what equipment should they install on board and how should they use it? 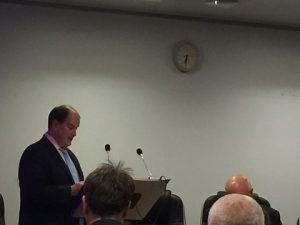 VDR regulations, in force from July 1914, covered rigid and float free capsules and the data stored, radars, AIS, ECDIS, electronic log book, and, in some cases, an inclinometer sensor to record rolling motion.

Dr. Baines warned that VDRs varied in terms of quality and information retention, depending on manufacturers’ replay software. Audio recordings could be confused and distorted, although Avenca had developed a technique to digitally remove radio noise from the microphone signal. The MADAS system enabled replay from a number of sources, including data on the courses plotted, synchronised radar display, multichannel audio and CCTV/video equipment.

He concluded that, given the options on data availability and quality, vessel owners needed to take a strategic view of their full requirements to cope with possible collisions.

Mark Jones, of St. Philips Stone Chambers, covered problems arising from Admiralty procedures and set out what could and—-in his opinion—-should be done to improve them. He considered the terms and practical deployment of the LOF form.

Richard Sarll at the podium

He drew attention to the International Convention on Salvage 1989 and the scope of master and employer to conclude contracts for salvage operations on behalf of the owner. He believed that the assumption by some Admiralty lawyers that ‘owners’ in the LOF contract and Salvage Convention included other parties sufficiently interested in the cargo so as to be liable in salvage was wrong.

He highlighted the intricacies of determining the positions of owners and parties with an interest in the cargo in respect of a fund to meet liabilities under the International Convention  of Limited Liability  for Maritime Claims 1976, in respect of constituting and delivering a limitation fund. 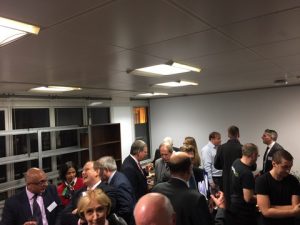 Intense networking and further discussions at the drinks and dips reception

Whether a limitation fund could be constituted by means of a guarantee had aroused controversy, particularly in the case of Cosmotrade v. Kairos Shipping over the Atlantik Confidence. The High Court finding that there was no constituting such a fund by guarantee had been reversed by the Court of Appeal.

Richard Sarll of 7KBW reviewed recent cases concerning the time limit for starting proceedings arising from collisions. These related to both vessels involved, sister ship proceedings, contractual claims under settlement agreements, and to cargo interests’ claims for recovery of their proportion of general average.

In general, collision proceedings had to be brought within two years of the damage or loss, or loss of life and injury occurring. There were mandatory situations for extending the time limit and circumstances whereby the Court could exercise discretionary powers. The former category stemmed from the Brussels Convention 1910 and the latter from the Maritime Conventions Act 1911. Both categories were delineated within the Merchant Shipping Act 1995. 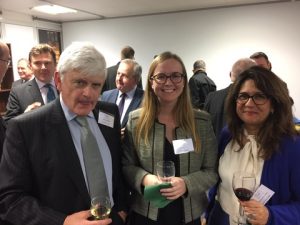 The main mandatory provision applied where it had not been possible to arrest the defendant vessel in the territorial waters of the State where the plaintiff lived or his business was headquartered. The Court would seek “good reason” before exercising its discretion, considering “all the circumstances including the balance of prejudice or hardship.” These might include an initial agreement being in “unusual or clumsy” terms or where one party has apparently misled another or has been tardy in responding to requests.

The seminar was chaired by Mr. Justice Tear and took place at the International Disputes Resolution Centre, Fleet Street.