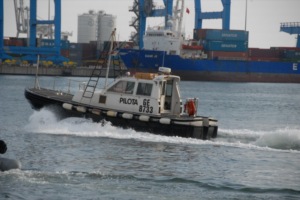 The law 230/2016 “Amendments to the Navigation Code on liability of port pilots and provisions relating to technical-nautical services” has been published under the Official Journal of the Italian Republic n° 295 of 19th December 2016.

With reference to the subject matter of this newsletter, the above mentioned law makes changes to the maritime pilotage regime, amending articles 89, 93 and 94 of the Code of Navigation.
First of all, it was repealed Article 89 which previously required the Corporation of Pilots to provide security for the performance of pilotage obligations.
In Connection with the aforementioned amendment, article 1 of the new law – through its paragraphs 2 and 3 – modifies the previous text of articles 93 and 94 of the Code of Navigation.
By the new Article 93 of the Code of Navigation, limitation sum of one million Euros to the pilot’s responsibility has been set up. At the same time, however, it is also established that said limitation does not apply in case of liability for wilful misconduct or gross negligence.

By the new Article 94 of the Code of Navigation, it is introduced the compulsory insurance of pilots’ liability, setting a foreclosure to the exercise of the activity in absence, invalidity or insufficiency of insurance cover.
This new law does not alter the regime of responsibility of the pilot which remains grounded, as it happened pursuant to the previous article 93 of Navigation Code, to the demonstration of the inaccuracy of the information
or the advice provided by the pilot to set the route.
Without prejudice to the above, the new text expressly say that the pilot’s responsibility extends not only to damage to the ship but also to the damages to people or property.