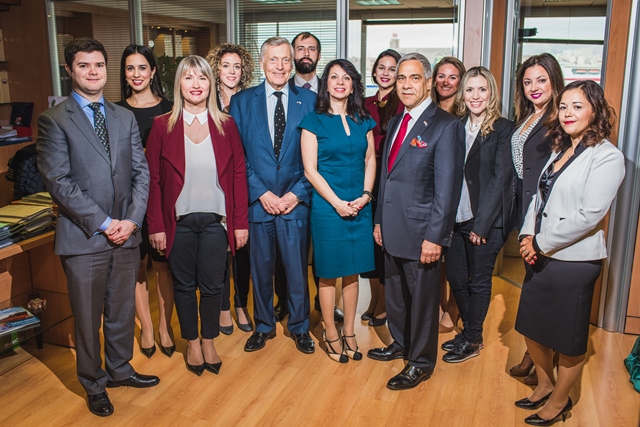 The American Club’s Piraeus team with the Managers of SCB Inc.

The American P&I Club, one of the 13 members of the International Group of P&I Clubs attracted maximum capacity at events held in two of the world’s major shipping hubs, Piraeus and London on December 7th and 9th 2016 for their annual Market Presentations.  Placing emphasis on and crediting the know-how of the people behind the Club’s service, the Club’s Managers, SCB Inc. as well as the Club’s subsidiary American Hellenic Insurance Company’s CEO made a series of presentations highlighting the following positive developments: 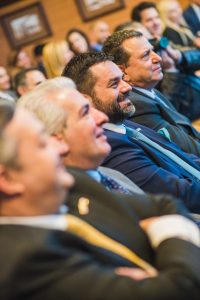 Coming in to the Club’s centennial year, Joseph Hughes, CEO and Chairman of SCB Inc, Managers of the Club, explained that the Club continues to expand it service capabilities with the opening of an office in Houston, making it the only IG P&I Club based in the region with full claims handling abilities and emphasized that “the recent years of the unstable economic environment has strengthened the Club’s uncompromised solidarity with its membership in difficult times.” Mr. Hughes then went on to report that Eagle Ocean Marine, the Club’s fixed P&I premium cover in conjunction with Lloyd’s Underwriters continues to increase in volume and remains profitable.

Vince Solarino, COO and President, advised on the global strategy of growth through its regional business development plans implemented over recent years.  He explained that this strategy played a key role in the Club’s net tonnage growth of approximately 10% during the ongoing 2016 policy year despite the greater insurance industry dealing with the continuing consequences of the recession as well as increasing competition and capacity. 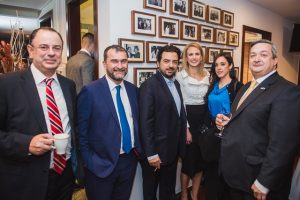 Ilias Tsakiris CEO of the Club’s subsidiary American Hellenic Hull Insurance Company, Ltd. provided the update on the current market position of the now fully licensed and active insurance company indicating that the insured tonnage is ahead of projections for year end with a well-balanced and healthily diversified portfolio both regionally by broker production as well as by vessel type.

The presentations were concluded by Dorothea Ioannou, Global Business Development Director, who gave insight and a picture panoramic tour on the people behind the Club and its history; from the Club’s birth in 1917 arising out of WWI sanctions, up to the leadership of Hughes and Solarino taking the Club from a domestic US insurer in the 90’s, to global insurer and member of the IG, with five times more tonnage and a service reach and capability leading to six offices world-wide today.  Ms. Ioannou stated that “it is the people that make all the difference”. 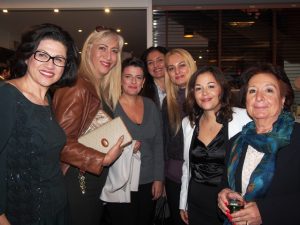 Both events which took place at the Piraeus Marine Club and Trinity House respectively attracted over 500 people when combined, with major names in both the shipowning and broking sectors in addition to the greater shipping cluster sectors.

The Club is a member of the International Group of P&I Clubs, a collective of thirteen mutuals which together provide Protection and Indemnity insurance for some 90% of all world shipping.  In addition to full cover for Protection and Indemnity, the Club offers Freight, Demurrage and Defense as well as Charterers’ Liabilities risks. In recent years, the Club has grown and diversified its services, offering also fixed-premium solutions and H&M subsidiary insurance options.

The American Club has been successful in recent years in building on its US heritage born from the merging of all nationalities, to create a truly international insurer with a global reach second-to-none in the industry. Day to day management of the American Club is provided by Shipowners Claims Bureau, Inc. also headquartered in New York. 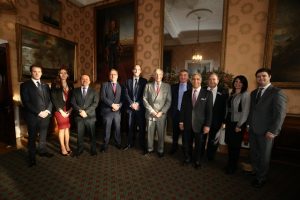 The American Club’s London team with the Managers of SCB Inc.

The Club is able to provide local service for its members across all time zones, communicating in eleven languages, and its Managers have subsidiary offices located in London, Houston, Piraeus, Hong Kong and Shanghai, plus a worldwide network of correspondents. 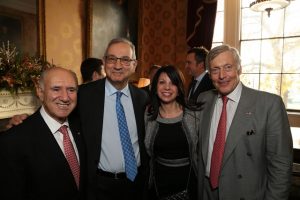 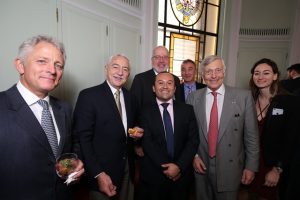 Order your books without shipping costs!

BIMCO: After the party, the hangover is proving...