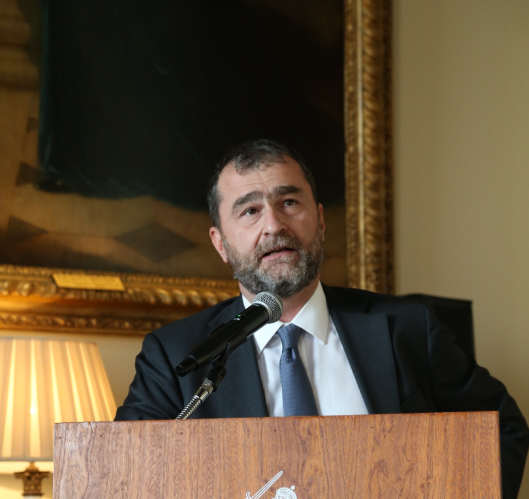 Since gaining its license as a Solvency-II compliant insurer from regulators in Cyprus on June 24th 2016, AHHIC has already provided cover for 1,000 vessels managed from Europe, the Americas and Asia. The company’s remarkable initial success underlines its ability to become a global player in the marine hull market as well as industry recognition of AHHIC’s backers and managers.

“At the American Club we are very proud of the company and I am happy to say that American Hellenic is performing even better than we expected”, said Vincent Solarino, Chairman of the Board of Directors of AHHIC and President and COO of Shipowners Claims Bureau, managers of the American Club.

The company recently updated key markets on its initial progress with presentations made at the Piraeus Marine Club in Greece and at Trinity House in London, UK. The events were attended by a total of more than 500 professionals who were briefed on the company’s underwriting activities and marketing initiatives to date as well as its financial standing and key management policies.

A panoramic view from the reception at Trinity House

Among key aspects of AHHIC’s approach that were discussed during the events were its commercial strategy to ensure healthy premium levels, the company’s exceptionally high standards of governance and transparency, and its strong reinsurance cover. The company writes Hull and Machinery business of up to $10m per risk and war risks up to $50m.

The capital strength of AHHIC is one of its greatest assets and the company has a Solvency II capital ratio of 211% at December 2016. Its status is already equivalent to a ‘BBB’ credit rating and the company aims to shortly have its own credit rating from a reputable international agency.

“American Hellenic is off to a great start,” said AHHIC CEO and Chief Underwriter Ilias Tsakiris. “We will continue to work hard, so as to stand by shipowners and insurance brokers in these volatile market times. Our growing global presence underlines our commitment to the industry.

“We are offering excellent service and trusted insurance coverage with beneficial synergies for their fleets,” said Mr. Tsakiris. “The response in these first six months shows that the market appreciates what American Hellenic has to offer.”