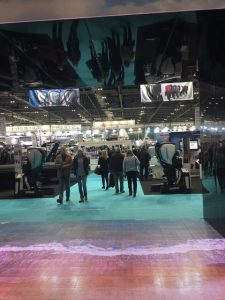 Six months since the Brexit vote, confidence amongst British Marine members has bounced back Industry now calling for government support to boost exports

A new report, released today at the London Boat Show, by membership organisation British Marine, finds that the UK leisure, superyacht and small commercial marine industry is posting revenues not seen since the financial crash. 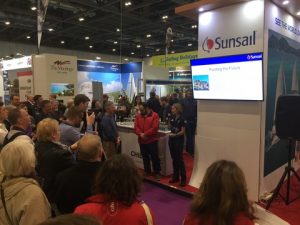 The figures are supported by British Marine’s bi-annual Industry Trends survey which gauges business sentiment from the last six months, since the Brexit vote.  The survey finds:

With the depreciation of the pound against the euro since the EU referendum, and with the EU the primary supplier of marine raw materials and components for UK boat manufacturers, cost of manufacturing inputs has risen sharply, climbing +1.98% between Q2 and Q3 2016.

However, according to research by British Marine, exporting manufacturers still accrue a net benefit from sterling’s depreciation. It has increased the purchasing power among foreign consumers and is driving demand for British products. As a result, confidence is high amongst a significant number of boat builders trading in international markets.

British Marine and its members have recently met the Department for International Trade to discuss what support government can give the industry.[1] The message from exporters was that while Europe is and will remain significant, businesses are exporting to many other markets and need government backing to take advantage of opportunities to trade with the likes of China and North America.

Mark Garnier MP and Jesse Norman MP, ministers at the Department for International Trade and Business, Energy and Industrial Strategy respectively, will be in attendance at the London Boat Show meeting marine businesses to discuss further trade opportunities and an Industrial Strategy for marine.

Commenting on the state of the industry, Howard Pridding, CEO of British Marine said: “The industry remains robust – revenue is growing and we are taking on more employees. Despite the post-referendum volatility impacting on business and consumer confidence the industry remains bullish and keen to take advantage of the short and medium term opportunities that lie ahead, starting with the 2017 London Boat Show.”

Commenting on the need for government support, Pridding continued:

“Our members’ greatest long term concern is uncertainty and we will continue to work closely with Government to ensure the sector is given as much backing as possible from Government especially as the Brexit negotiations begin. Access to the single market is of course important, but member companies are keen to minimise tariff and non-tariff barriers.  Members are also keen to maintain access to skilled workers from across the EU and the government needs to do all it can to make sure that any future immigration policy with the EU supports marine businesses that are ambitious to grow and export.”

To view the round up video of the industry statistics click here: https://youtu.be/Wsifz9H2aD0