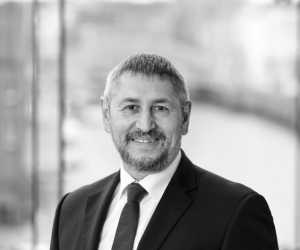 Roger Iliffe has left in order to focus on independently pursuing other opportunities.

“HANSA HEAVY LIFT would like to thank Mr Iliffe for his efforts in developing the company into a best-in-class super heavy lift specialist and we wish him all the best for his new endeavours,” said Alex Karakassis, CFO and Managing Director, HANSA HEAVY LIFT.

“We firmly believe that HANSA HEAVY LIFT’s unique pool of engineering and technical resources will allow us to further strengthen our performance in our core super heavy lift and transport and installation (T&I) markets.

“Our company has a unique opportunity to now make the next step in becoming the leading operator in these segments.” 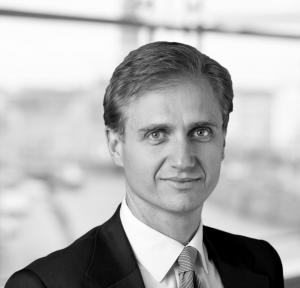 Dawson has extensive engineering expertise and over 37 years of shipping experience as a seagoing chief engineer, and holds a Mechanical Engineering degree from Newcastle University, UK.

He joined HANSA HEAVY LIFT as Director Ship Management in 2011 and remains in charge of this division.

Karakassis has over 25 years of financial experience, including roles in managing investment banking and capital markets projects with Citigroup in London, and holds an MBA degree from the Harvard Business School. He joined HANSA HEAVY LIFT as CFO in 2011.

HANSA HEAVY LIFT specialises in heavy lift, super heavy lift, and project cargo, with an increasing focus on transport and installation (T&I) in the subsea oil and gas markets, as well as the offshore windfarm sector.

HANSA HEAVY LIFT GmbH specialises in super heavy lift, heavy lift and project cargo, with an increasing focus on transport and installation (T&I) in the subsea oil and gas markets, as well as the offshore windfarm sector.

The company is a world market leader in the heavy lift business and operates a modern fleet of 17 vessels which is one of the youngest fleets in the market. The team is committed to quality, reliability and a customer focused service. Customers’ cargoes are handled with the highest degree of safety and professionalism worldwide.

HANSA HEAVY LIFT is wholly owned by Oaktree. Oaktree is an international, long-term investor providing financial resources and operational capabilities to support companies in achieving growth and long-term value. It has more than USD 90 billion of assets under management.