Top Posts
Don’t take chances where your health is concerned…
Introducing NMS Direct – A new service for...
SH Payments appoints Justinas Basalykas as CEO and...
How Greek shipping can cut costs and improve...
GLOBAL & REGIONAL DAILY (Thursday 13 May, 2021)
RMT calls for action to protect seafarers’ mental...
Poseidonion Grand Hotel welcomes you back on May...
Large Diameter Drilling to partner with DEME Offshore...
Cyprus Ship Management Round Table Webinar and Debate
Lady Moura up for sale… plus more
Will the dollar decline? The changing landscape of...
Home OrganisationsShipping Centers VIMC in the news – Advantage Vancouver: Building a Global Maritime Hub
Shipping Centers 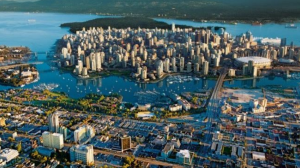 As Canada’s largest port, Vancouver B.C has always been big on shipping. Now they have their sights set on becoming a world-class maritime center.

“There’s no problem selling Vancouver,” says Kaity Arsoniadis-Stein, Executive Director of the Vancouver International Maritime Center (VIMC), the organization heading up the expansion initiative. “We have had tremendous interest in Vancouver as a place to establish and invest, with top-level crowds at our marketing events around the world.”

“Vancouver is ideally situated geographically as a maritime hub, but there are so many other things going on here as well. There have been huge changes over the last ten years.”

While the drive to build Vancouver into a leading maritime hub has picked up momentum of late, the work of laying the foundation has been going on for decades. The VIMC was founded in 1991 to head up a movement to modify Canada’s maritime tax regime. Soon after the necessary changes were in place, a portentous payoff followed: Teekay, then a small shipping company out of Long Beach, moved to Vancouver in 1992. 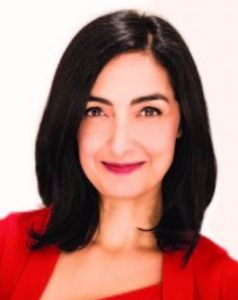 Following that fortuitous move, activity in the VIMC was wound down as the effects of the new regime took hold. But after two decades, the need arose to make further modifications to the Canadian tax regime. Vancouver-based shipping companies played a central role, sitting down with government officials “to modernize the income tax act,” as Arsoniadis-Stein puts it.

• No tax on international shipping activities undertaken in Canada, including management and financing activities

• No tax on a non-resident company’s foreign sourced income

• No capital gains tax on vessels sold outside of Canada

Best of both worlds

Getting back to Vancouver’s fortunate geographical location: Their strong ties to Asia have earned them the nickname of ‘Hong Couver’, but Arsoniadis-Stein emphasizes that Vancouver’s exposure is truly global. She explains that it is typical for a shipping executive to start her day dealing with Europe, cover the Americas during the afternoon, and finish up in Asia as they begin their business day, meaning communications across the globe in one Vancouver business day.

This global perspective has attracted some of the world’s major maritime players, with Fairmont, Waterfront, DNV GL, Oldendorff and Seaspan joining Teekay in Canada’s shipping capital, to name just a few. But attracting all that talent takes more than just a good business environment. That’s when Arsoniadis-Stein likes to tell about the “other things going on” in Vancouver, and the recent changes:

“We have a strong tech sector that supports the maritime industry. Originally Vancouver was a jumping-off point for companies headed for Silicon Valley or Seattle, but the longer they stayed, the less they wanted to move.” One of the reasons for that is Vancouver’s quality of life, highlighted by a healthy work-life balance.

The natural surroundings are also a major bonus, with skiing, sailing, hiking just minutes away from the city. Add to this Canada’s universal health care and free education and you have a persuasive argument for attracting the talent needed to grow a world-class maritime hub.

Kaity Arsoniadis-Stein is a Vancouver native, but she travelled around the world while studying and working in London, and still chose to return. So what is her favorite thing about her hometown? “The lifestyle. It’s a beautiful place for families, and you don’t have to sacrifice the urban quality of life to have nature close at hand. There is a strong arts and creative community, and I can jog the waterfront and go skiing on the same day.”

The ultimate goal for the VIMC is to establish Vancouver as a dynamic global center with a significant mass of global shipowners, in particular those representing the younger generation. “Vancouver is also a very green city, and that means a lot to young professionals looking for the ideal place to raise a family,” Arsoniadis-Stein points out. “I think the younger owners would be a terrific fit for Vancouver.”

With all this going on, what does she see as the biggest challenges in marketing Vancouver? “Busting the myths! When I tell people the way we live, they don’t believe it. They think we wade through snow most of the year. I tell them, ‘Come and see for yourself.’ Once they do, they wonder why no one has told them about us before!”

Now Kaity Arsoniadis-Stein and the Vancouver International Maritime Center are out to make sure that happens less often, telling the good stories about a very good place for companies from around the world to conduct their shipping business

Amid Covid-19 crisis, Panama flies the flag for...

Aleka Sheppard ranked the most empowering woman in...