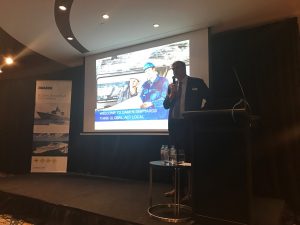 Mark Todd at the Perth briefing

In preparation for its SEA 1180 OPV Programme tender to the Australian Ministry of Defence, Damen Shipyards Group has concluded two Industry Briefings aimed at Australian companies active in the maritime and defence industries. The briefings met an enthusiastic response from Australian companies; in total, 350 and 233 people representing 260 and 170 companies participated in briefings in Western and South Australia respectively.

In line with the Australian Ministry of Defence’s requirements, Damen is aiming to encourage the maximum possible amount of Australian content in order to develop and expand the country’s shipbuilding and defence industries. 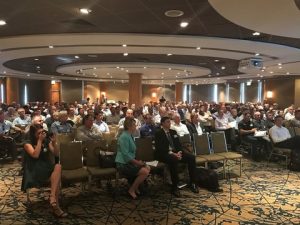 A full house at the Perth Briefing

Signifying a proactive step in the preliminary stages of the tender process, Damen held the Industry Briefings in Adelaide on 3 February and in Perth on 5 February to become better acquainted with the capabilities, services and products of local suppliers.

Damen’s Project Manager for the Australian industry capability part of the tender process, Wolter ten Bokkel Huinink, and Damen’s Australia representative, Mark Todd, highlighted the key aspects of the company’s motivations in presentations at both Industry Briefings. Using Damen’s own vessel design as a starting point, they described the various work packages that would be involved and the criteria on which Damen intends to select suppliers. 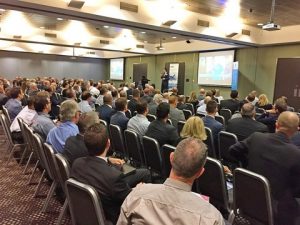 Another full house at the Adelaide briefing

The main theme of the presentations was explaining Damen’s objective to complete the contracts at Australian yards using local suppliers. “We are committed to involving both the Australian shipbuilding and marine equipment industries to the max,” Mr Ten Bokkel Huinink said.

“The fact that these vessels will be comprehensively built in Australia means that this project is effectively a catalyst to the greater goal of developing a sustainable shipbuilding industry in the country.”

Following one of the briefings, Jonathan Smith, General Manager of AMC Management, said: “It was a pleasure to have Damen visit… The anticipation and enthusiasm in the room last Friday was the highest I’ve seen in relation to any of the major projects that have visited WA.” 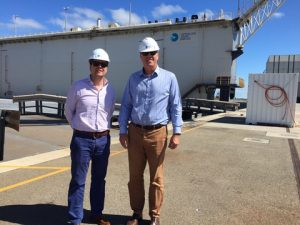 David Land, Supply Consultant – Defence, Industry Capability Network: “This briefing has been really useful for us, giving us a clear insight in what Damen is looking for in a supplier as it attempts to build up a local supply chain for this important project. More than that, the presentations have been really open, giving us an opportunity also to share ideas and strategies. It’s a good sign that there is a willingness to develop a collaborative approach to undertaking the project – something that is in everyone’s best interests.”

Speaking after the briefings, Mr Todd said: “I was humbled by the turnout and the incredible interest shown by local industry in both SA and WA. We are working really hard to maximize Australian industry content and be in a position to build 12 quality ships for the Navy, on time, on budget.”

Damen’s track record on building ships locally is proven; the company has successfully constructed numerous Damen designs at several non-Damen yards around the world under the programme that is known as Damen Technical Corporation. It must also be noted that this includes naval vessels; the most recent example of which are the two frigates for the Indonesian Navy, the first of which was recently handed over to the client.

“Our experience of building vessels locally shows the very real advantages to local shipbuilding industries,” states Mr Ten Bokkel Huinink. “Not only do the yards involved receive training and support, but, in terms of knowledge transfer, the whole maritime supply chain and associated naval defence technologies can benefit from the solid knowledge of our in-house R&D and shipbuilding experience.”

In addition to ship design and shipbuilding, Damen Shiprepair & Conversion has a worldwide network of 16 repair and conversion yards with dry docks ranging up to 420 x 80 metres. Conversion projects range from adapting vessels to today’s requirements and regulations to the complete conversion of large offshore structures. DSC completes around 1,500 repair and maintenance jobs annually.

Posidon saves the Panamaxes but not the Market…