Top Posts
Don’t take chances where your health is concerned…
SH Payments appoints Justinas Basalykas as CEO and...
How Greek shipping can cut costs and improve...
GLOBAL & REGIONAL DAILY (Thursday 13 May, 2021)
RMT calls for action to protect seafarers’ mental...
Poseidonion Grand Hotel welcomes you back on May...
Large Diameter Drilling to partner with DEME Offshore...
Cyprus Ship Management Round Table Webinar and Debate
Lady Moura up for sale… plus more
Will the dollar decline? The changing landscape of...
TSUNEISHI SHIPBUILDING collects actual operation data by IoS-OP
Home Associations Justin Murphy takes up role as Chief Executive of IBIA
AssociationsBunkeringHRPeople and PlacesPerson Profiles

Justin Murphy takes up role as Chief Executive of IBIA 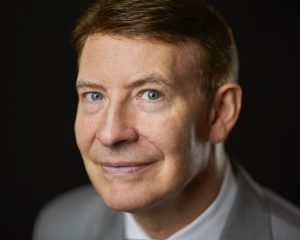 Murphy has leadership experience at CEO and Board level with both shipping companies and commodity traders.

The International Bunker Industry Association (IBIA) is pleased to introduce its new Chief Executive, Justin Murphy, who brings with him an impressive and relevant leadership record. Murphy takes up his position of Chief Executive from Monday 13 February 2017.

IBIA is the undisputed, authoritative voice for the global bunker industry and has 850 organisations and members around world. Commenting on this key new appointment, Chairman of IBIA, Robin Meech said: “We selected Justin for his proven track record of developing and implementing strategic plans, driving growth and also his practical hands-on experience leading successful teams across commercial, operational and technical functions in the shipping sector.”

From 2013 to 2015, Murphy was CEO of Brightoil Shipping, Singapore and Executive Director at HKSE listed Brightoil Petroleum (Holdings) Ltd, an Energy conglomerate with bunkering and ship owning divisions.

Prior to that, Murphy held director and board positions at several firms involved in shipping, including Teekay, AET, and a stint as head of shipping at Macquarie Bank. His most recent role was as CEO at Acuity Shipping Limited in London, a company that helps ship owners and investors with strategies to boost the overall performance of their shipping investments.

Murphy said: “I’m joining IBIA at an exciting time in its history and look forward to continuing the great work of recent years by developing and growing IBIA’s membership and influence across all segments of the bunker and shipping industry and associated service sectors”.

Last November, Captain Peter Hall, the current Chief Executive of the Association announced his decision to retire. Hall added: “I am delighted we have found someone of Justin’s calibre to continue IBIA’s expansion and manage the increasing diversity the Association offers. Justin inherits a loyal and capable team and I wish him well in the future.”

More information on IBIA can be found here.

The International Bunker Industry Association (IBIA) exists to provide an international forum to address the concerns of all sectors of the international bunker industry; to represent the industry in discussions and negotiations with national and international policy makers, legislators and other groups and bodies; to review, clarify, improve, develop and endorse where appropriate, industry methods, practices and documentation; to increase the professional understanding and competence of all who work in the industry; to provide services and facilities for members and others as the Board shall from time to time consider appropriate.IBIA gained consultative status with the International Maritime Organisation (IMO) in November 2005 and is represented at all relevant meetings.

IBIA actively seeks to involve is members through its Annual Convention by educating and motivating members to conclude on major issues and topics of the time, creating the “IBIA Position” to present to IMO.IBIA champions the continued development of professionals within the bunker industry through its Mass Flow Meter, Bunker Courses and its Bunker Cargo Officer qualification.