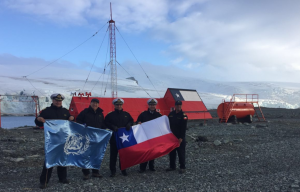 from the Secretary-General’s visit in Antarctica 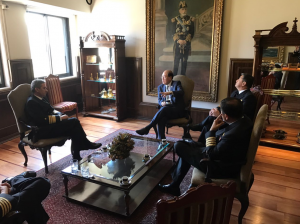 Another picture from the IMO Secretary-General’s visit in Antarctica

Secretary-General Lim was hosted by the Chilean Navy during his journey to King George Island in Antarctica. In Punta Arenas, the southern tip of Chile, he met with stakeholders from various maritime organizations. They discussed the relevance of the Polar Code to ships operating in the polar regions and the need to promote safe and sustainable shipping.

The Polar Code aims to protect the lives of crews and passengers and minimise the impact of shipping operations on the pristine polar regions.